I cannot believe the way the Fanbois and gurlz are doubling down on how it is OK to change a feature that breaks countless DAZ products being sold in the store, not to mention everyone’s saved work.

Some PAs like KindredArts kindly have fixed their products or are planning to but they certainly have been shafted by this too, the linked thread below makes me ill how some moderators and community volunteers continue to defend DAZ on this matter.

Not allowing rollback or at least coming clean as to why IE Nvidia dictating terms of use if that’s the case just causes more speculation and ill feelings, fortunately I do save some previous builds and zip them up plugins and all because I know how DAZ behave, got burned with D|S12+ for my older card.

Using third party software is definitely the way to go, Epic Games maintains a back catalogue of builds as does Blender for example, why DAZ cannot is inexcusable. 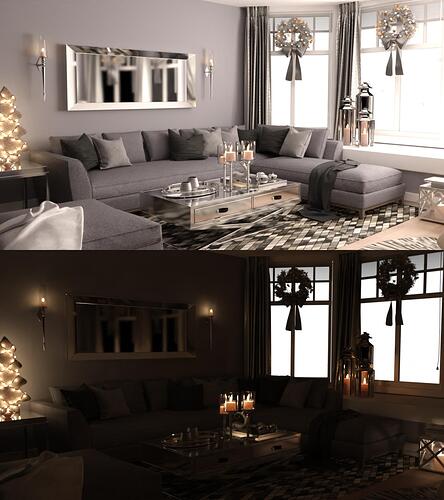 Daz says that ghost lights was a bug in Iray and NVIDIA “fixed” it , unaware that DS users were exploiting it as a “feature”.

At any rate this lays bare the folly of building your software upon a foundation of third party tech over which you have no control.

Daz did not invent aniMate, and can’t update it to fully support any figures after G2.

We all know The sad situation with 32 bit mimic.

And I suspect that Mimic live was not fully owned Daz tech either because they suddenly can’t make it work with the latest builds of Studio.

They killed off the third party keymate& graphMate and replaced it with a far inferior spline graph and dope sheet.

It’s quite Ironic that Daz can see posers big mistake in depending on third party figures they did not control,

Yet failed to see how their dependence on third parties makes Daz studio vulnerable to disruptive set backs.

Very good point! This is something I stress to my clients all the time in my consulting practice.

If you rely on outside processes and parties outside your control for your critical business processes you are setting yourself up for failure.

DAZ would make so much more money if they basically created an asset library, posing, and scene assembly environment for Blender. Provide that for free (even open source it) and et voila! You’re entire catalog now becomes available and accessible to millions of people around the World whether they’re running Windows, Mac, or Linux.

Simplify the Blender interface for newbies, and provide pros with instant access to your content library (and all of Blender’s features). Hell at that point Blender could easily become a bridge to C4D, Maya, UE, Unity, and more.

Or… and this is just a thought… you could learn how to do it without “cheats” at all? Just sayin’. I own the products in question, but I don’t use them because I find them to be an inferior solution. But that’s just me.