Updated to include the whole series of images so far. I have a fixation on twin vampires, it seems. This is Sera and Angel. Characters from a book I just wrote and published, “Evelyn: Love Fiend in Training”. Not exactly twins. There is nothing incestuous going on here. Both are based on the River character model. (nothing to do with Firefly) Angel is paler with streaked bleached hair. Sera looks more “normal” but Red isn’t their natural hair color either. There’s a long story as to what exactly is going on here, but it’s not what it seems. I’m hoping the backstory is long enough to fill space between the plotlines of an erotic mystery vampire novel. The truth about what is going on between these two is probably the best twist I’ve written in any of my books so far. In the book it’s explained slowly, a bit here, a bit there, and a slow reveal tied into the plot. It would take me a page of text to explain it here. Trust me, it’s a cool twist. You don’t have to read it. I’m not trying to sell it. I will say in a book about vampires, they’re not vampires. That’s a little bit of a spoiler, but this isn’t a sales pitch. 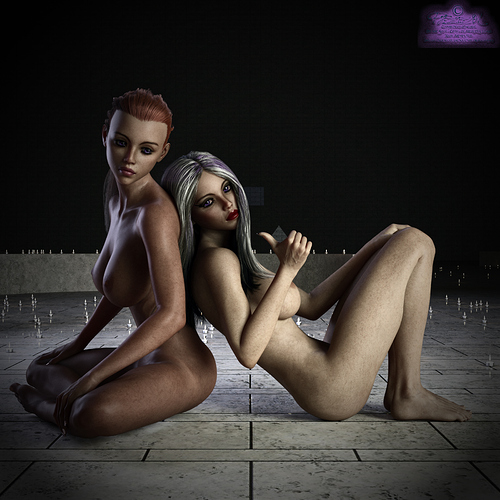 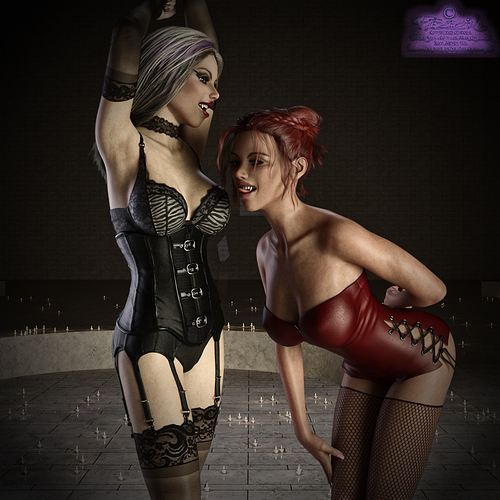 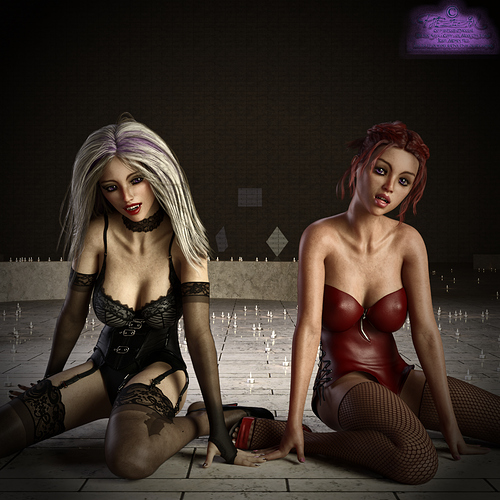 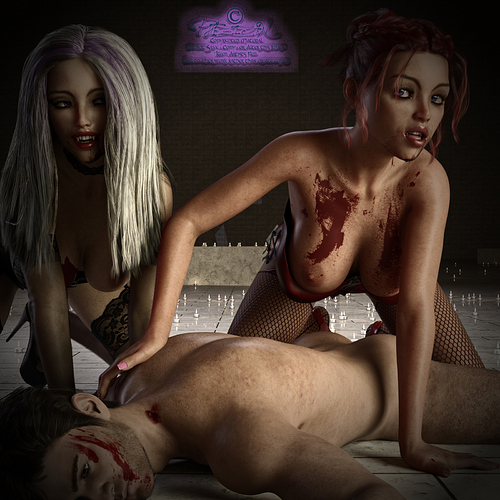 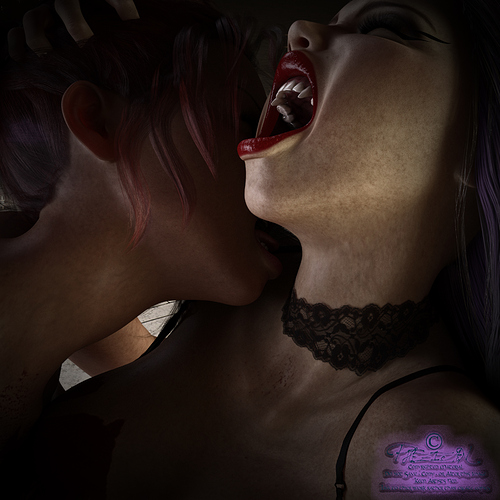 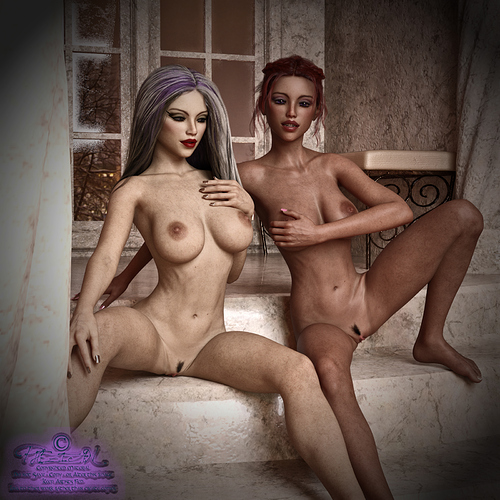 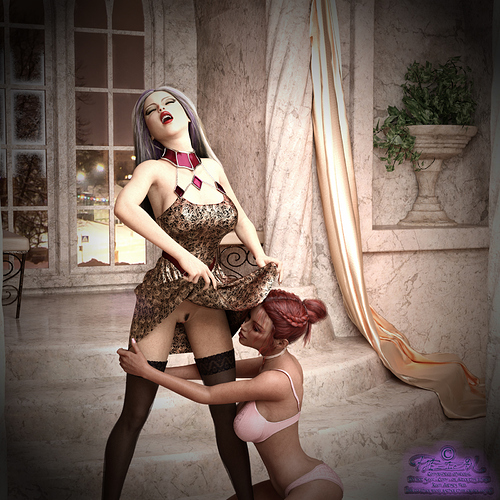 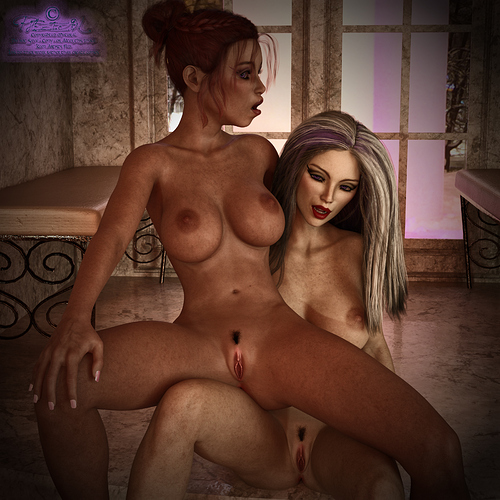 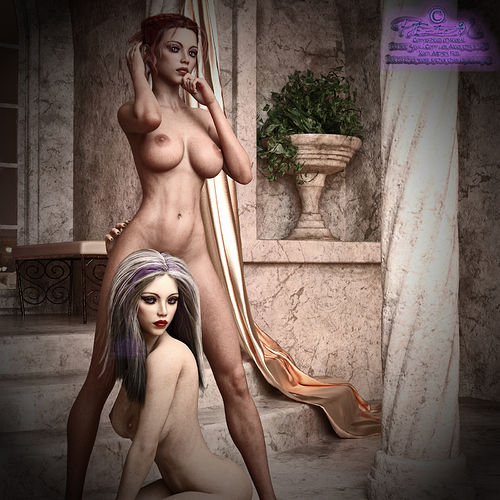 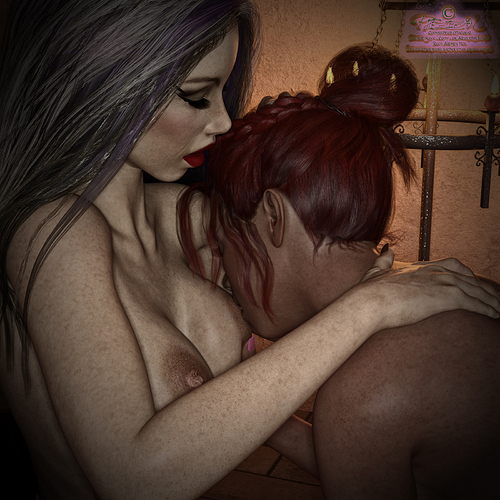 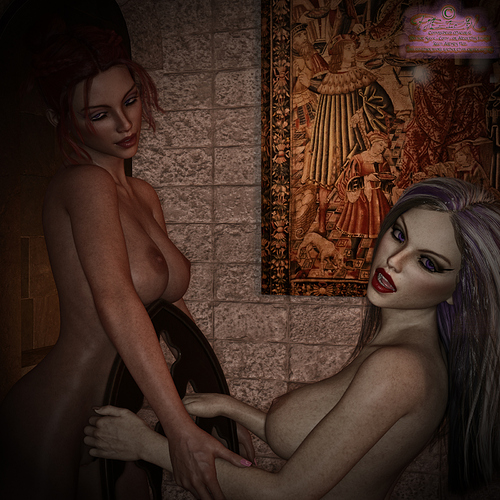 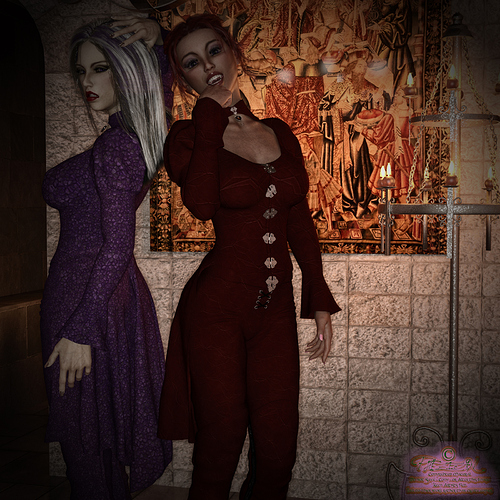 This one is my fave of the series: 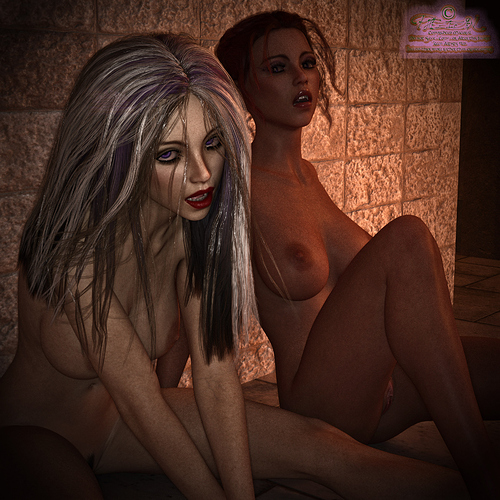 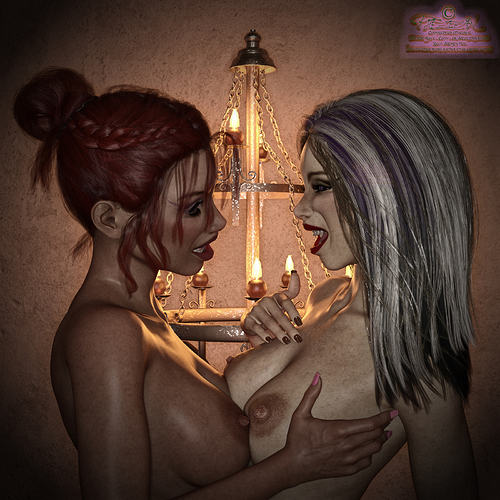 If you really want to find the book, it’s on amazon. Because I don’t want to be the guy with a stealth ad, I won’t be posting a link unless asked to.

Fantastic work @phezian! I can’t wait to see it/ read it when it’s finished!

And because these are such inspiring characters, the novella (35k words) is now published. Seriously, two weeks from concept to print. That includes 4 drafts and some dedicated editing and proofreading. I ate, drank and slept this thing since it’s conception. When I say slept, I mean I didn’t sleep much. Up to 3am so many nights, then awake again at 7. 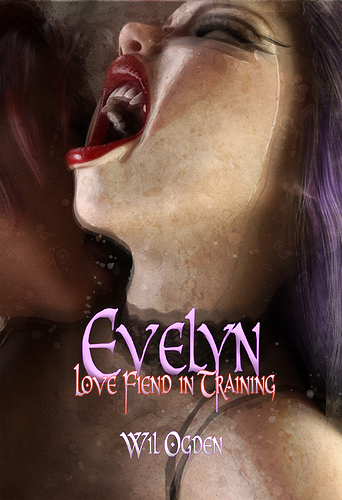 Updated with the full series of images so far.

I really like the finished renders. Are those Photoshops effects added or is a shader setting that can give this fabulous comic book style contrasted look?

NikTools in Photoshop. Its a combination of bleach bypass and vignetting filters. So a brightening, increased contrast and vignetting. NikTools are not Free anymore, so I still use version 1.2.11. which was free but is now hard to find.

Yea, stopped using those tools a while back. For some they are a time saver but for me I was always annoyed with the way they were set up. LOL And that annoying pop up when PS started I was constantly moving them out of the way. Perhaps the paid for version allows for docking now?