Are there other types of software that can replace Daz Studio?

After four hours of trying to install and Uninstall Daz install manager eight times, still unable to log in, searching Daz’s forums for answers and finding nothing, and now I just want to smash the product manager’s head with a hammer.

Depends on what you mean by replacing DAZ Studio.

There’s Blender, but it’s like going from training wheels (DAZ) and jumping right into Formula 1. Blender is very powerful and can do everything Studio can do and a million times more. And it’s free. But it’s got a learning curve.

There’s Unity and Unreal Engine. Both are game engines primarily but they are being used more and more for rendering stills and animation. Again, they have a learning curve too. But they’re free.

It’s much more intuitive and easier to use for new users (which is why DAZ is pushing it so hard) but us old-timers really don’t like it much because it’s too limiting. But for someone new it’s pretty good.

But here’s a secret. You don’t NEED Install Manager.

You can manually download your purchases and manually install them. It’s how we all used to to do it before Install Manager came on the scene. Back in the day DAZ used to supply separate installers for each product so we all had to install products manually.

And you can still do it.

And besides, it’s not like Renderosity has any support for DAZ Install Manager so if you ever want to install purchases from there you’d need to learn how to install products manually anyway.

sadly to use most of DAZ’s content you actually do need DAZ studio to export it to the other softwares. Most stuff is in duf format, I don’t know how well Blender diffomorphic opens stuff directly from your library as opposed to opening saved scenes but all the other bridges have to be exported to from studio.

You still need to open the content in Studio first, then save out a scene subset or scene of what you want to transfer and then run the export script which created a dbz file that gets read by the Blender addon.

I was referring more in the general since.

There are fully rigged figures available for Blender natively if that’s what you want, and it’s not too hard to take assets directly out of Unreal or Unity and bring them into Blender too.

One does not need Studio unless you want to use DAZ 3D content.

But there’s a whole world of 3D content out there outside of the the DAZ ecosystem.

in that case Reallusion iClone

I usually choose a character in daz to pose as I need, and then import it into blender for rendering.

I used the content wizard to record the renderosity model, and it was pretty good. I blamed myself for reinstalling the software yesterday because of the missing thumbnails.

Thank you anyway, I have just passed one night in my time zone. If DIM can’t log in again today, I will use the method you said.

(I am not a native English speaker, I hope I did not offend you)

(hug) Don’t ever worry about offending me. Someone’s actions I might find offensive but someone’s words I never will.

If you’re missing the thumbnails that can usually be solved by just resetting your Content Directories. Usually you don’t need to reinstall DIM for that.

What happens when you try to login to dim? Does the application quit?

I ask because I experienced a bug with dim and studio and the 11th gen intel chip which triggers a crash because studio uses unpatched OpenSSL. If this is your issue there is a fix here 11th Gen Intel CPU users - Launching/Crashing Issue – Survios

The problem is becoming increasingly common now that more people are getting new hardware.

Thank you, but I use AMD, not Intel

I have reinstalled the win10 system, and the problem now is… I can’t even log in to dim, and daz studio has not been installed yet.

Every time I use daz, it makes me feel like I go back to 10 years ago. 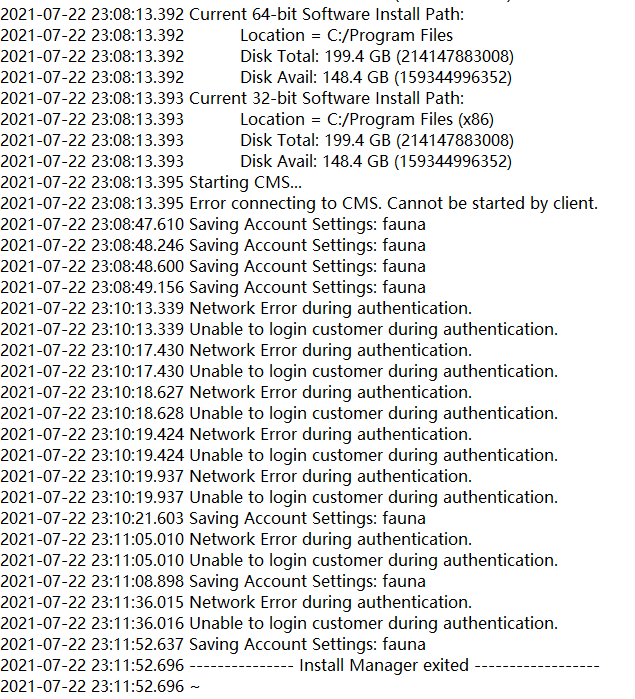 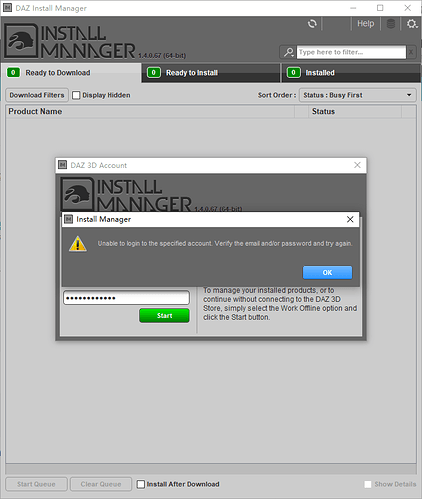 Try this for me please:

Use your primary web browser that you use on your computer and go to DAZ3D.COM.

Then click on Community → Forums (the top of the DAZ3D site the menu bar at the very top, white text on a black background).

And login to the Forums.

Once you’re logged-in to the forums, try to login to DIM again.

Oh, my God. It worked

Thank you for helping me, I Will Never Uninstall Daz studio again

Wonder why… opening their web page can improve the internet speed?

Near as I can tell there’s a cookie that gets set when you login to the forums that DIM somehow is able to read. I can’t explain it but I’ve seen that work for others in the past who say that they can’t login to DIM.

Whenever that happens logging in to the Forums first fixes the problem.

The funny thing is that DAZ uses the same forum software that I’m using here at U3DF so maybe they’re using Discourse (the software) as a bridge between DIM and Magento (their shopping cart software).