This is the story of this book cover 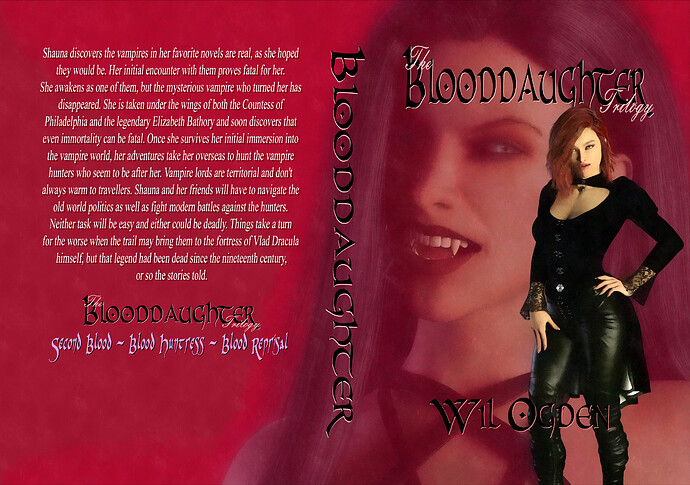 Recently I’ve had to redo some of my book covers to accommodate hard covers. Amazon does not use the same dimensions for a hard cover book and a paperback book of the same size. A particularly tricky bit is that these are laminate covers, so the image folds over the cover a little to the inside of the cover - and it’s not a precisely done task, the location of the fold-over can vary by up to half an inch from one copy of the book to another.

So you have to have art that extends beyond the cover area while still being cover art-ish.

Using Daz to create cover art is a bad idea - people hate 3D art in physical media. It’s difficult to obfuscate. The best I can do is make something that any 3D artist would recognize as daz/poser/maya but a layman might not.

I look at all of my book covers long enough and eventually see things I would do differently. So when the chance came to redo some covers, I was kinda glad to have the incentive. 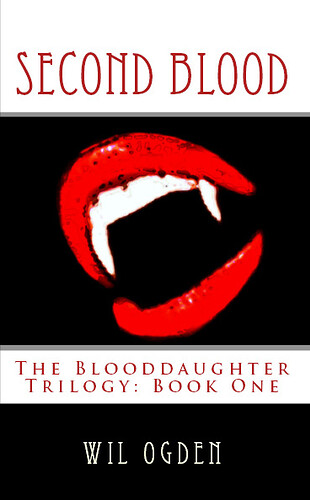 The first one was not daz at all. The second two were: 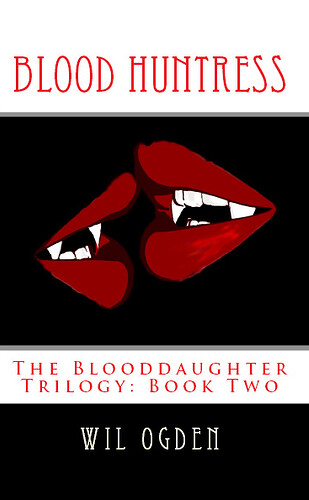 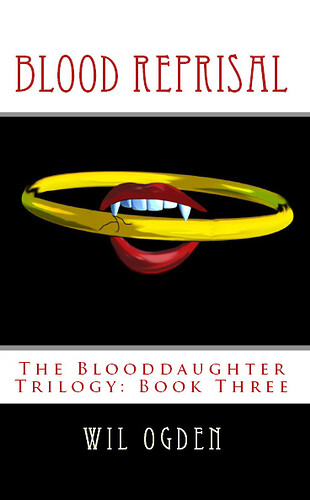 Then I redid them a few years back 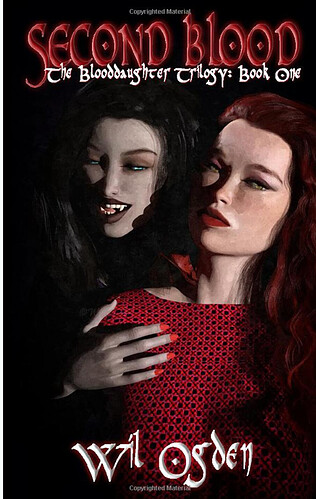 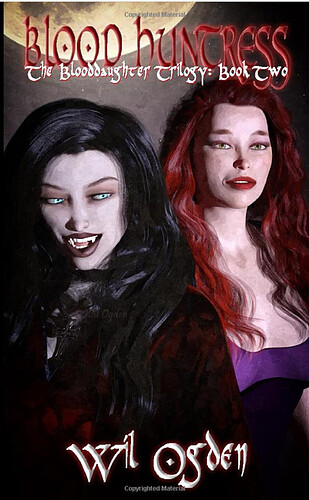 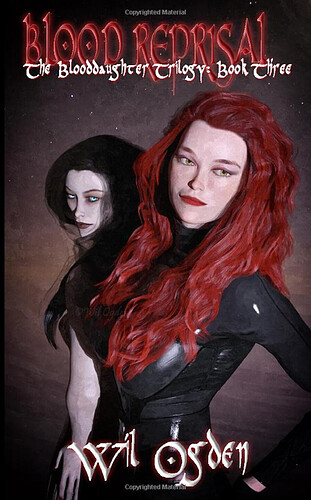 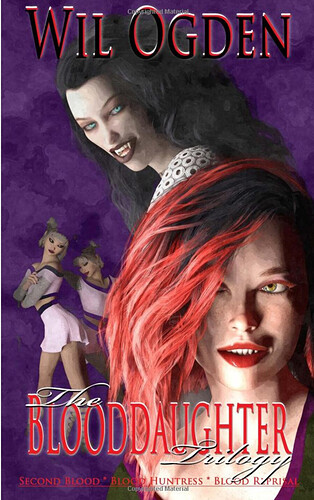 That is the cover that should have ended up on the new Hardback version of the book, but I don’t have the source files and it’s not great. For one, I broke branding by changing the font. Literally every other vampire book cover I’ve done uses PR Celtic except this one.

To create the new cover, I did two renders. One of Shauna, the red haired vamp and one of Else the black haired vamp. These are rendered at super high resolution. 5k.

Then I run them through a paint filter in fotosketcher to soften the 3d edge. In photoshop it’s a ton of layers to get the tone where I want it. Some remixing of the render with the painted image to sharpen in places . and add in a background. And add the text. Then it’s all down to positioning and layer translucency.

Wow this is really cool. I love reading stuff like this and I love your book covers. And fotosketcher is new to me so I can’t wait to check it out. I just love vampire stuff too so I appreciate all the stuff you do truly and honestly. Thank you for sharing your work with us and the steps everything takes I love learning and reading about it and knowing what everyone does with their work.