Starting with the question: Does post work improve the piece? Any other feedback is welcome.

I’m not married to this postwork scheme, but I only have 3 of 25-30 planned renders complete. I’d like to have a set plan on the look of the final work before I move on to the rest.

A new series I’m working on - the story is based on clones and vampires because why not. The two cheerleaders are human and identical in appearance but different in other genetic aspects - an experiment in equality based on external traits. This is Cherise and Amelie in their fourth year of college. They have a stalker you can see a hint of in the second image. That’s where the vampire bit comes into play.

But all that is beside the point. This is a thread about post work. Here I have a scripted Fotosketcher layer, a bleach bypass layer and a base layer. If the thread displays correctly, the postwork will be first followeb by the base render. I have not added my usual vignetting and not sure if I will or won’t. 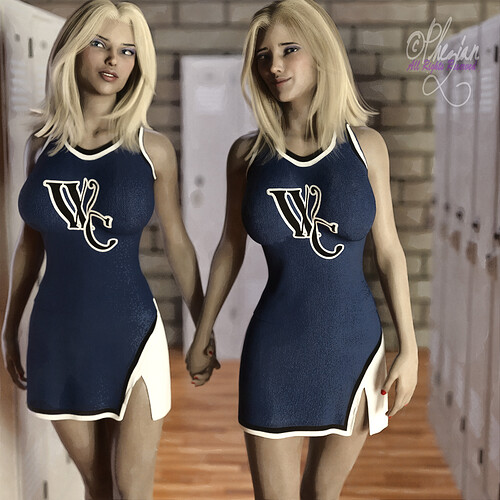 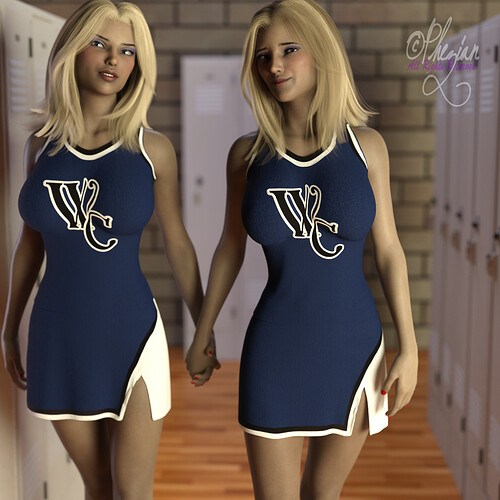 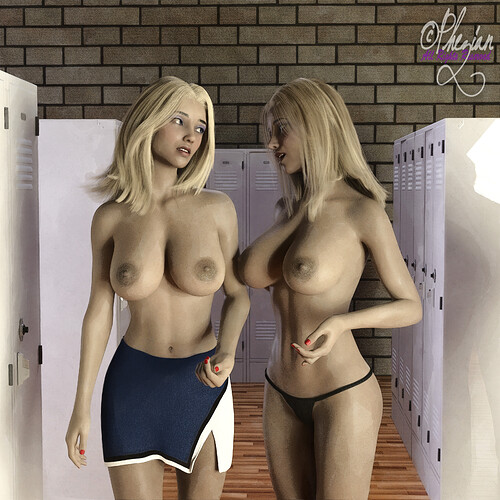 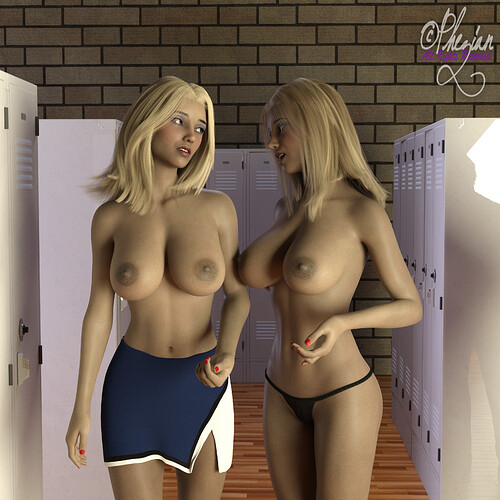 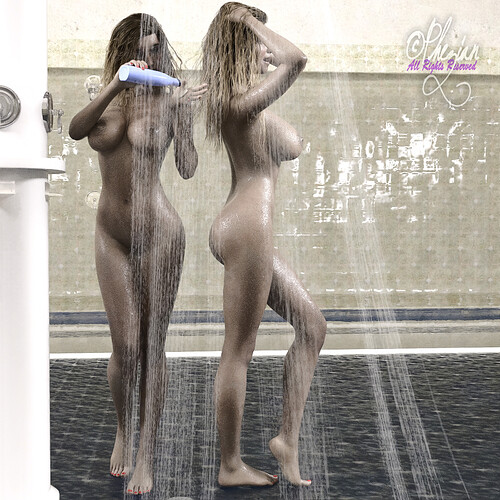 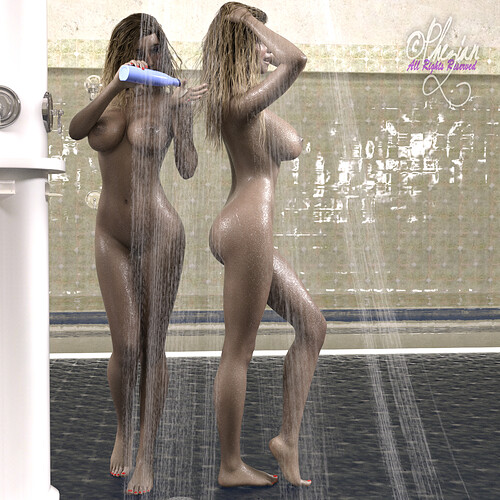 Both look fine to me. The post-processed images are marginally better looking. Marginally! But you’re the artist dude. Whatever you want to do. It’s your vision!