Amazon is selling stories now in chapters or episodes so I jumped on that bandwagon - but every chapter needs a 1600x1600 cover image. So I quickly threw this together. This is Daiyu Long (you know her as Pei) a character from the Nate Silver, Vampire, Hunter series. Unfortunately named, but I released my novels before the pollster was well known. Daiyu now has her own series of stories coming to Amazon’s Vella platform. 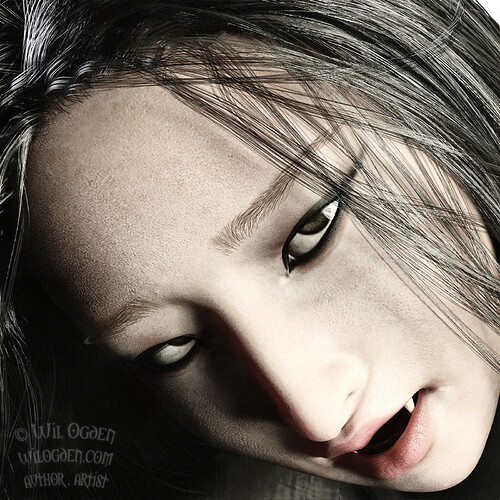 DaiyuEpisodeIFullsize1600×1600 1.28 MB
This image went through the same postwork as the Cheerleaders I posted a week or so ago. Fotosketcher and Nik Tools in photoshop.
3 Likes