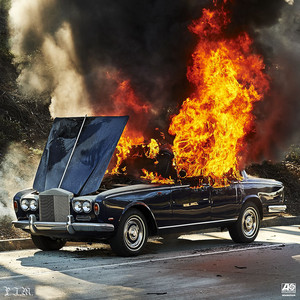 A highly detailed gargoyle figure for G8M from JoeQuick.

The only thing that is missing from your renders is Sigourney Weaver and Rick Moranis fighting for the future of humanity on the roof of a New York City apartment building as a100-foot tall Stay Puft Marshmellow Man terrorizes the city streets down below.

This is a very highly detailed HD character morph that transforms G8M into a gargoyle. It features (6) different textures (3 stone, and 3 flesh) and comes with geograft wings and tail, custom conforming teeth, and a separate conforming wing membrane (which conforms to the wings).

A highly detailed gargoyle figure for G8M from JoeQuick. First Impressions: The only thing that is missing from your renders is Sigourney Weaver and Rick ...

Alternate materials for the Gargoyle HD figure from Esid and FenixPhoenix.

This set includes (20) additional material presets for the Gargoyle HD figure and includes lots of variant options for an infinite number of texture and material options.

Alternate materials for the Gargoyle HD figure from Esid and FenixPhoenix. First Impressions: This set includes (20) additional material presets for the ...

A script to adjust and fine-tune the lighting in your scene before rendering from MikeD.

This is a useful utility for adjusting the lighting, colors, blackness levels, mid-tones, and whiteness levels of your scene before you render and before you bring your render into an external photo editing application for post-processing.

Stop guessing at the lighting levels in your scene and take direct control.

A welcome surprise and a much needed utility for anybody that is serious about Iray or Filament rendering and their scenes!

A script to adjust and fine-tune the lighting in your scene before rendering fom MikeD. First Impressions: This is a useful utility for adjusting the ...

A script that provides you with increased control over the placement and targeting of the lights in your scene from MikeD.

Looks to be quite a useful script if you an emissive light user like myself and would like more control over the lights that are used in your scene. When coupled with the Histogram Plugin the script will even calculate the flux luminance of your individual lights! Perfect for helping you to achieve those photorealistic renders so many Studio artists strive for.

This appears to be a powerful and capable script. If you’re adept at creating and using Iray lights in your scenes this will be a welcome set of tools to make your job easier, and if your just learning Iray lights let me tell you I wish I had this script. I would have made working with lights that much easier, too!

This is one of those utilities where you need to read the fucking manual. Don’t buy this and jump-in without reading the documentation. You will become quickly disappointed.

A script that provides you with increased control over the placement and targeting of the lights in your scene from MikeD. First Impressions: Looks to be ...

A set of (20) poses for the Gargoyle HD figure from Ensary.

This is a figure-specific pose set which features (20) separate poses for the Gargoyle HD figure perched, standing, walking, and in-flight. They are hierarchical poses so they also pose the attached wings and tail, too. If you already have the gargoyle, you probably need/ want this pose set, too.

A set of (20) poses for the Gargoyle HD figure from Ensary. First Impressions: This is a figure-specific pose set which features (20) separate poses for ...

An alien beaked quadruped figure for DAZ Horse 2 from Oso3D.

It’s an alien creature built-on DAZ Horse 2 that has a beak. Also, not sure if you noticed from looking at the promo images but it looks like there’s an alien humanoid creature with a beaked face for G8M coming soon, too. So looking forward to that!

This release comes with presets for adult and juvenile male and female options as well as a myriad of texture and material options for the beak, body, eyes, and skin.

It’s an original concept, I’d give it that. I don’t think I’ve ever seen a quadruped with a beak before.

An alien beaked quadruped figure for DAZ Horse 2 from Oso3D. First Impressions: Its an alien creature built-on DAZ Horse 2 that has a beak. Also, not ...

Utility that makes setting up native Iray lights in your scene a breeze from MikeD.

This utility builds off the Orbital Lights Plugin and Histogram Plugin to basically provide you with a one-click effort for setting up halfway decent lights in your scenes using native Iray lights.

Ditch those HDRIs and embrace native Iray lights and gain better control over the lighting in your scenes! Especially when rendering interior shots and/ or portraits.

(Don’t get me wrong, HDRIs have their place and they’re perfect for exterior/ outside scenes but they can be a royal PITA when trying to use them for anything interior and typically require removing the walls or ceiling of your set so the “light” can shine through [or a window].)

The script will set up 3 lights rig (key light, fill light, and rim light) to match the pattern (Split, Loop, Rembrandt, and Butterfly are the supported patterns) and the style (Broad or Short style) of your choice. You don’t have to struggle with the different light patterns and styles, the angles, and the luminosity of each light. The script will set up the lighting for you and it will calculate the luminosity of each light with just a few clicks. It also gives you the possibility to set up a new camera in Profile, 2/3, 3/4, or Full-Face view. If you have already made a light rig using the script, it finds the lights from the previous set up giving you the possibility for fine-tuning. A preset tab is available for you if you want to save the current setup for future use.

Utility that makes setting up native Iray lights in your scene a breeze from MikeD. First Impressions: This utility builds off the Orbital Lights Plugin ...

A merchant resource to help PAs create female characters of color from TwiztedMetal.

This is a merchant resource and will probably be of little use to most Studio artists, but if you create custom G8 female characters, these textures offer you a blank slate to apply your own makeup and other skin customizations to your characters.

(11) texture maps are included of a dark-skinned texture of the characters arms, legs, head, body (with and without genitals), face (with and without eyebrows), vulva, eyelashes, eyes, teeth, and mouth texture.

If you’re into gargoyles you’re going to love today’s releases. If not, then you probably won’t.

I’m excited about the lighting scripts and utilities, but I’m a huge fan of native Iray lights. HDRIs have their place, so please don’t misunderstand and think I’m hating on them or artists that use them. That’s not the case at all! (I may not always be clear about that sometimes so I’m sorry if I sometimes come across as pissing-on HDRIs.)

I hope you’ve found this useful.

The beaked dino/horse/alien is quite interesting. I am not the target audience for the rest of the stuff, although I DO wish DAZ Store would cease packaging old and new content in the same bundle.

Thanks for taking the time to share your thoughts.

The creator of Cabaloro says that the name comes from “cavallo” (‘horse’) and “loro” (‘parrot’).

DAZ does have a couple of Griffin models – one based on DAZ Big Cat 2, plus a more recent one based on Dog 8, so I guess there are other beaked quadrupeds in the store. But Cabaloro is certainly not quite like anything else we’ve seen.