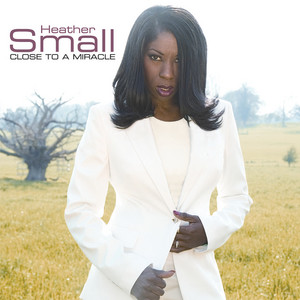 Mick, Hair and dForce Outfit for Mick Genesis 8 and 8.1 Males

Update: Avoid this character, and if you’re already bought it consider getting a refund.

This is a complete figure, hair, and outfit set released today by Vyusur.

Mick is a handsome character, and Vyusur definitely puts in a lot of details into their releases. His body is exquisitely sculpted, and he’s quite handsome.

This release includes not only the character, hair, beard, pants, shirt, boots, briefs, a vest, oh and some poses.

Several different material options are provided but sadly no genital maps are listed.

Still buying. He’s a normal scaled character so third-party solutions can be used.

Mick, Hair and dForce Outfit for Mick Genesis 8 and 8.1 Males

Update: Avoid this character. If you have already purchased this character, consider getting a refund. Click for more information. This is a complete ...

The Magical Place by JeffersonAE is a set/ environment full of bushes and long grasses, and moss, and rocks, and trees.

It’s a quiet and serene place for your figures to relax and reflect, or maybe to have a picnic or a romantic interlude.

It’s not a big set, but there’s a panoramic diorama that encircles it that provides a background no matter what your camera angle is.

I say this all the time, you can never have too many environments to put your figures in.

So for that reason, I’m buying!

The Magical Place by JeffersonAE is a set/ environment full of bushes and long grasses, and moss, and rocks, and trees. Its a quiet and serene place for ...

It’s a strange canyon with curves and emissive features. It looks something more constructed and created by nature. But it’s cool, and will provide a cool backdrop for your renders. Especially if you’re looking for a sci-fi/ cyberpunk type background.

I’m buying. I really like this set, even if I disagree with it’s name (and it’s description) which both sound to me like someone trying to force a square peg into a round hole somewhat.

Denki Gaka brings us an alien world set/ environment. Its a strange canyon with curves and emissive features. It looks something more constructed and ...

I’m beginning to sound like a broken record, I know. But I literally have 5 characters that look very similar to her already in my Content Library. I don’t need any new female characters, and neither do you, probably.

That being said, she’s a pretty character.

WillDupre gives us some side-shaved dforce hair for your G8 women that looks something out of the punk bands of the 1980s or the cyberpunk styles of the 21st Century.

Huge fan of Will Dupre and this hair is something else. I love the fact that it’s dforce enabled. Movement and adjustment morphs simply don’t provide realistic hair draping on a a figure.

So this is a definite must buy.

WillDupre gives us some side-shaved dforce hair for your G8 women that looks something out of the punk bands of the 1980s or the cyberpunk styles of the ...

Another awesome wig for your G8 female characters from WillDupre in the form of an asymmetrical wedge cut hair.

The hairstyle on these wigs looks sharp and would be perfect for any late 20th century, 21st century, and beyond type figure or setting.

Another awesome wig for your G8 female characters from WillDupre in the form of an asymmetrical wedge cut hair. Featuring several different movement and ...

Next up we have some gauged ears morphs and props for your G8 females from WillDupre again.

Gauged ears and ear stretching has been practiced in one shape or another since ancient times and is popular in African, South Asian, and Western cultures.

This set includes new geografted earlobes to replace the earlobes on your figures, several different types of jewelry, and a wide and varied assortment of textures and shaders for the jewelry.

Since ear stretching has existed since time immemorial this set can probably be used in a wide variety of non punk/ cyberpunk type settings. You’ll just have to simplify the jewelry materials or make your own.

Next up we have some gauged ears morphs and props for your G8 females from WillDupre again. Gauged ears and ear stretching has been practiced in one ...

And that’s it for today. I hope you found this useful. Please let me know your thoughts (the good, the bad, and the ugly!) and until next time, please take care of yourself.

So I am pulling my recommendation for the Mick character from Vyusur. The character is NOT compatible with G8M or G8.1M. Only the wardrobe apparently.

And frankly, I should have known this. Vyusur has pulled this shit in the past with their other original rigged characters.

Now, there’s nothing wrong with a completely new and rigged figure. Except that means none of the assets you have in your library will work with them (no poses, no textures, no hair, no shoes, nothing) until at least Vyusur releases figure clones for G8M or G3M (respectively).

Until then, this is a pretty limited and useless character.

Avoid this character and if you’ve already purchased him, consider getting a refund.

Vyusur is a fantastic artist, but their products are simply incompatible with the DAZ ecosystem and frankly the fact that DAZ continues to support this is inexcusable.

Get a refund, people.

Man I bought Mick. I didn’t read it was not for G8 since the title of this product is very misleading. I just wanted the clothes.

The clothes don’t fit either, even though it says they are compatible.

This is a disappointing release

Me too. The product page is VERY misleading and the fact that it says compatible with G8M and G8.1M is borderline false advertising.

But fortunately, DAZ is usually pretty good about refunds. And frankly, if enough people refund this maybe they’ll think twice about approving shit like this going forward.

Vyusur is an amazing artist, but she (?) has a bug up her butt when it comes to her characters.

If you want to release your own original rigged figures, release them on TurboSquid not DAZ3D.

Vyusur often releases ‘original figures’ (with accompanying hair and clothing). I have a vague memory that on at least one occasion in the past, they later released a ‘clone’ that allowed the figure to use Genesis 8 add-ons (or possibly the other way around), but for some bizarre reason the clone was only available at Renderosity. I can’t find any trace of it now, so I may have hallucinated the whole thing, but I think that’s how it went.

But, yes, while Vyusur is unquestionably a brilliant artist, you have to read the small print carefully to be sure of what you’re getting and what you can use it with.

Lately, DAZ has been ‘porting’ some original figures to the Genesis 8 ecosystem, working with the creators to transform the figure into a Genesis 8 variant. As I understand it, both Underbelly and White Priestess are original figures that DAZ licensed and turned into full Genesis 8 figures. There may have been others as well. It would be nice if they could do the same with Vyusur’s creations, but it’s possible that Vyusur is just too prolific to make this practical.

You are not hallucinating. They were forced to release the clones because there was a huge uproar and a lot of negative feedback created as a result. I have those clones, and I have those figures. And I’m not playing that bullshit again.

It’s not a bad thing to license an artist’s original intellectual property and figure design and port it to your ecosystem. I welcome that. And certainly underbelly and white priestess aren’t the first one’s they’ve done that. Some of the female androids they’ve released started out as OCs over at ArtStation.

It was discovered that QA did not include the package files for the G8 versions of the clothing for Mick.

There will be an update, as Vyusur mentions in the forums, they will contact the store to fix the issue.

It doesn’t really change my views. Mick is not compatible with anything.