“OK, Last one to kill a bad guy buys the beer.” 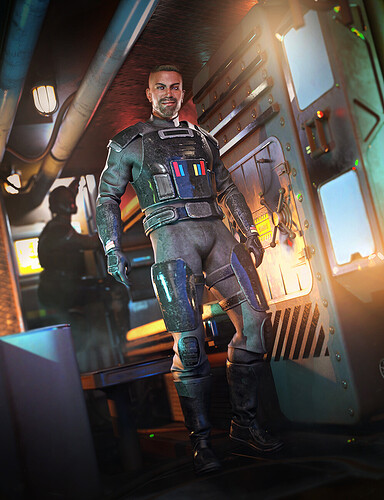 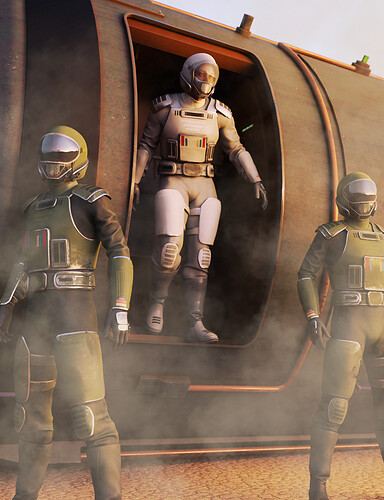 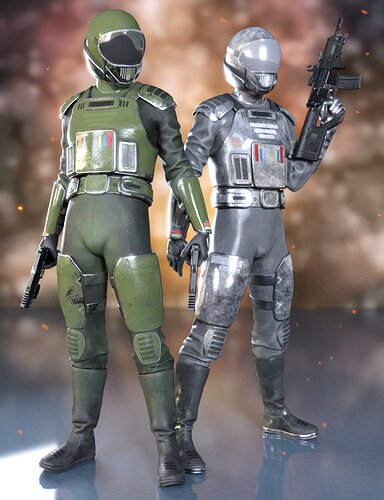 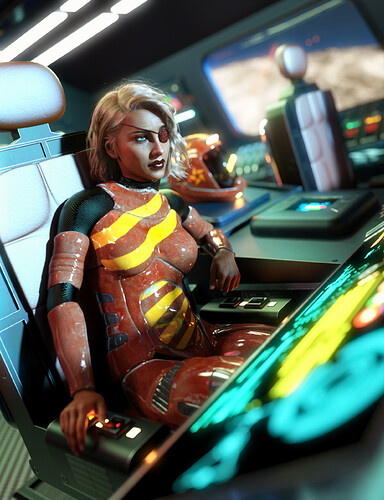 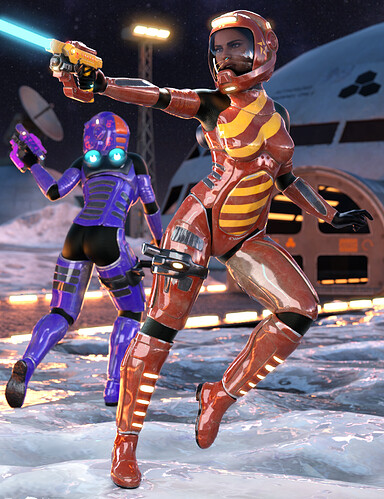 Of course there’s no matching male space suit which means your co-ed space missions are going to look weird or you’re left trying to auto-fit the male suit to your female characters. 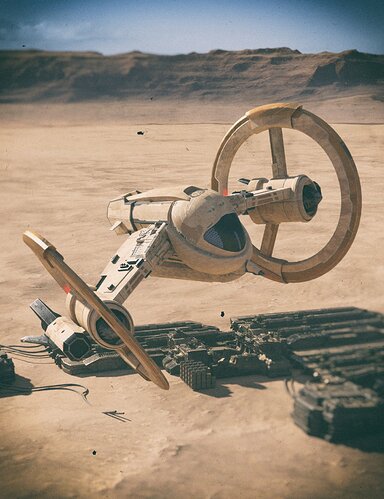 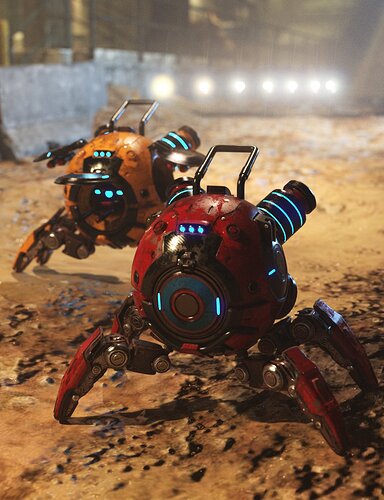 Battle for the Moon Bundle — Bundle of most of the female wearables released today and Twosret 8 from the Egyptian pharaoh bundle released a few weeks ago. 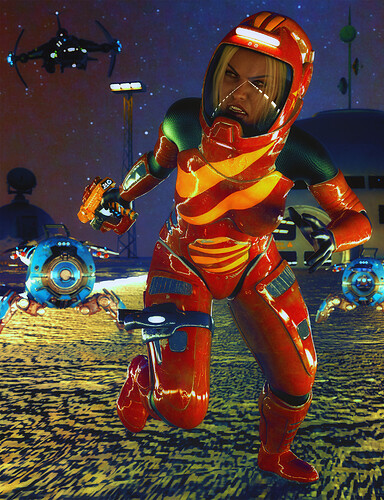 Perfect for your lesbian-themed space missions!

Space Explorers Bundle — Bundle of most of the male wearables and Ashan 8 released a few weeks ago. 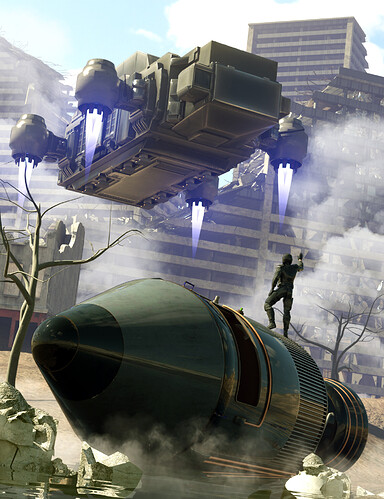 So you have to buy two bundles and get two figures you probably already have in order to get most of the items released today as a bundle. Gotcha.

Attack bot got pulled. Kind of a bummer, but apparently it was too close to someone else’s ip