So yesterday saw the release of DAZ’s new “Season Pass” which collectively just about everybody on Facebook, Twitter, here, and elsewhere seem to think equates this to being a cash-grab or DAZ 3D having money or cash-flow problems.

Here’s the thing though even if DAZ isn’t having cash-flow or money problems, it now looks like DAZ is having money problems. So whoever came up with this idea really should be fired. Because there’s nothing worse for a private corporation and that’s its potential customers and the rest of the industry to think that your Company is either on life-support or is dying. This is going to have a direct impact on sales and collaboration efforts for DAZ as Customers are going to be concerned about investing in your products and ecosystem for fear that you might not be around to support* your products when they need it.

And I was excited when I saw the Email this morning that todays’ new promo was “Men All Day” but in typical DAZ fashion not only are todays’ releases meh at-best, but todays’ promo is even buried behind the promo yesterday for the fucking Season Pass! DAZ can’t even be bothered to have a fucking promo about men be the lede on their website!

Do they not realize that none of them would even be here were it not for their dads and fathers? 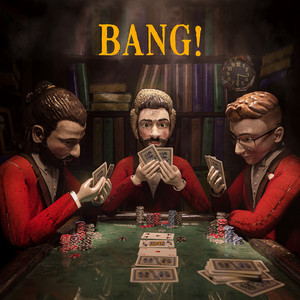 * Let’s face it, DAZ doesn’t support their products, much, so this may actually not be a bad thing!

This is a sci-fi/ fantasy male creature from RawArt for G8M.

RawArt is a gifted and talented artist. This appears to be some sort of serpent-worm “Tremors”/ sand-worm wanna-be. It includes a geograft to merge the male body with the worm and a separate poseable worm.

This is a sci-fi/ fantasy male creature from RawArt for G8M. First Impressions: What. The. F---. What the f--- is this? RawArt is a gifted and talented ...

This is a naval-themed wardrobe/ outfit for G8M from tentman.

If your scene has more seamen than a film by George Duroy, or your characters can’t wait to go west and join the Navy, then this Naval uniform is perfect.

It comes with a jacket, pants, shoes, and hat with each garment featuring several movement and adjustment morphs.

dForce enabled, so let gravity do her thing.

This is a naval-themed wardrobe/ outfit for G8M from tentman. First Impressions: If your scene has more seamen than a film by George Duroy, or your ...

This is a long, shoulder-length curly hair wig for G8M with a thin mustache from Neftis3D.

Ignoring the fact that this appears to be a woman’s hair-style that’s been re-worked for a man’s head, it’s possible that this could also easily be an 18th or 19th Century European wig for a male character. I’m getting a total Alexandre Dumas vibe.

The hair is total 19th Century and total European. Or maybe a rockstar from the 1980s.

The lack of dForce support is a disappointment, and since it really does look like a woman’s wig, you can probably just auto-fit some female hair to your male’s figure and achieve the same result. LOL

This is a long, shoulder-length curly hair wig for G8M with a thin mustache from Neftis3D. First Impressions: Ignoring the fact that this appears to be a ...

This is a bun-style long-hair wig for Genesis 8 figures from AprilYSH.

Is it really fair to include hair that was designed for a woman but re-fitted for a man in a promo for male products? It is if you’re DAZ 3D!

I mean, the product description page itself says that hair is for G8F as well as G8M. And no wonder, your man will look camp as fuck with those wisps of hair dangling right above his eyes. So en vogue he will be.

The hair also comes with numerous movement and adjustment morphs, Iray and 3delight textures, and 14 different texture options that can be modified through the Surface settings even further.

This is a bun-style long-hair wig for Genesis 8 figures from AprilYSH. First Impressions: Is it really fair to include hair that was designed for a woman ...

Since these are just morphs only, and no textures, you’ll still need to kitbash textures from your other figures.

Set of (8) character, (8) separate body, and (8) separate head morphs/ presets for G8.1M from Aquarius. First Impressions: If you like the characters in ...

This is a script from RiverSoft Art that converts your library of Genesis 2 Props and Poses to work with Genesis 8.

I buy everything from RiverSoft Art whether I have an immediate use for the script or not. RS is one of those must-have vendors, and their scripts will save you a ton of time as you work with Studio.

That being said, I do have a use for this, and you do too probably. This script takes almost your entire library of Genesis 2 items and converts them to work with Genesis 8. This means converting the old T-poses for your Michael 6 and Victoria 6 based characters to Genesis 8’s “A- pose”, as well as adding metadata to CMS so now all your old Genesis 2 products will show up as being compatible with Genesis 8.

Be sure to read the readme and there are some limitations listed, but for the most part this should help tremendously and RSA has a proven track record of creating scripts and utilities that not only work but add real value to the software.

I just wish a script like this was available as soon as Genesis 8 was released but that would have probably cannibalized sales of any G8 items. LOL!

This is a script from RiverSoft Art that converts your library of Genesis 2 Props and Poses to work with Genesis 8. First Impressions: I buy everything ...

This is a pirate-themed bar set/ environment from Fugazi1968 and Ironman.

A two-level, 18th Century, pirate themed bar/ tavern adorned with tattered Jolly Roger flags and other nautical items on the wall and various bottles of beer and liquor and complements the other Pirate themed releases from DAZ.

The set appears to be quite detailed with a wide assortment of props and other items.

Well there you have it folks.

If DAZ truly is having financial problems, now would be a good idea to learn Blender or Unreal Engine and start learning how to bridge your DAZ assets and bring them into another 3D program. I’m sure someone would buy DAZ if they really get into trouble, and maybe this new Season Pass is just a cash grab and not indicative of financial problems.

Broadening your skills so all of your eggs aren’t in one basket is a good thing, too.

God I don’t want to go back to Poser. LOL!

Until next time, please take care of yourself.

I think I’m old - I could have sworn that naval uniforms had more creases.

PS don’t get me started on that season pass thing…

I hate when women’s hair is marketed for men. DAZ store doesn’t even try anymore. When you hide the temples under hair clumps is it really fair to call it for men? Hard Pass

Wyrm man: is this fair to call it a man? I mean, its a Wyrm and aren’t they both? At any rate, I’m not sure this qualifies as a man’s release. Sorry not sorry.

Sailorman: I will probably buy it. I render a lot of marines, so navy uniforms are sort of needed. It would be nice if the Neckerchief was blue though. Not sure I understand the textures. Well, I will find out.

I don’t think Daz has financial problems. I think they are trying to get their hands on people’s stimulus money before it’s gone.

Daz’s business model is mostly infallible. They’re selling models on commission. They’ve cut down on in-house models (Daz Originals) because the artists make more money on commission than on salary. Their biggest overhead is the handful of programmers that create the Daz Software.

I think their QA is suffering because they moved to more PA based art without increasing their QA staff. They’ve always been stingy as a company - their Customer Service is the evidence of that.

Its clearly a money grab. There’s no reason to think its more than just grabbing for the extra cash flow many people are experiencing due to the stimulus.

NFTs may have looked like a cash grab, but they only released 40 pieces of art and probably only have the potential to make $25 on each of those after paying the artist his lion’s share and the brokerage (OpenSea) their cut. $1000 is not a cash grab. They were more opening up to the demand by artists to have the ability to add NFTs and Daz outsourced this to OpenSea. There’s no money there for Daz. That one was answering to a squeaky wheel. A lot of Daz artists wanted NFT capability. Daz just didn’t anticipate the anti-NFT stance. Sorry - the anti NFT vocalists were jumping at their own shadows.

The season pass, again, is a money grab, but it’s more about getting their hook in for future sales. I’m sure they’re going to discount the bundles to the people who got the base model through the season pass. I’m also sure the discount won’t cover the value. I hate that Daz has recently stooped to profiteering on their bundles (You own 1/4 of the models in this bundle, have 10% off). But, again, they’re giving people the opportunity to give them more money. And I’m certain, they are making more money because, face it, Daz has a lot of literally addicted shoppers (collectors?) Let’s say we’re devoted collectors. It sounds better.

I woke up late so got here a little late…I saw Daz’s email title that said Men All Day and thought Oh maybe somebody was reading the forum lol. And then I saw what they were offering and thought wait where is the men? And then I was like I can’t wait to read what the others in the forum are going to say.

Personally doesn’t it just feel like I don’t know they are just now postponing things until they are getting more season pass buyers. Men all day includes NO actual new men base models what so ever and just discounts on previous models which is nice, but we get discounts quite often on models anyway it just feels so last minute. I don’t know It really just doesn’t feel like a sale that matches what it’s trying to promote at all. Just frustrated more than anything.

Although it does not have anatomical elements listed so who knows.