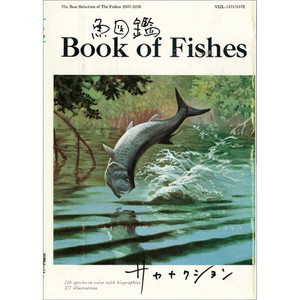 The outfit reminds me of something out of Max Max but could just easily fit into any cyberpunk, dystopian, or perhaps desert wanderer/ marauder scene. The outfit clearly shows off and accentuates the figures’ breast and torso. The pants are a cargo-pants style with knee-high boots.

Only one material option appears to be provided, and the outfit does not support dForce.

The overall design and aesthetic is appealing. I really like those boots.

The lack of a shirt and/ or jacket. Not for modesty purposes, but because in-real-life any woman wearing this outfit in the desert is going to get severely sun burnt in a few hours standing in the desert.

Six-piece bikini top and pants outfit for G8F from Lykos Studios. First Impressions: The outfit reminds me of something out of Max Max but could just ...

Fantasy archery set and poses for G8F from Ironman and Paper Tiger.

This is a set of (25) full-body archer poses and archery set for G8F. In addition to the poses, this also includes a bow and arrow.

Appears to be a rather complete selection of poses in most positions. The added archery props are a nice bonus.

The fantasy bow & arrow. I think the product would be more appealing if the bow & arrow were at least contemporary instead of a fantasy style.

The promo page lists these as full-body poses. Separating out the poses between the upper-body and lower-body would be more useful. It would allow the poses to be used with centaur figures for example. I mean, this is a fantasy bow & arrow set, right? Might as well support female centaurs.

Since split poses aren’t provided, you’ll have to use something like Pose Fusion to separate them out.

Fantasy archery set and poses for G8F from Ironman and Paper Tiger. First Impressions: This is a set of (25) full-body archer poses and archery set for ...

Do we really need another set of medium-length straight-hair for G8 females with a right-part?

I literally have a dozen similar hair-styles that look just like this already in my library, and the lack of dForce bugs me because no amount of movement and adjustment morphs are going to make hair look natural if the head is tilted, leaned, laying down, etc.

Remember, every single one of your G3F hair can probably be auto-fitted to your G8 characters (and vice-versa). Same for your G2 hair as well.

Just something to keep in mind.

Additional materials for the 2021-08 Hair from outoftouch.

A tutorial that shows you how to create custom cities and landscapes with PD Howler by creating height maps from Digital Art Live.

A tutorial that shows you how to create custom cities and landscapes with PD Howler by creating height maps from Digital Art Live. First Impressions: If ...

A new, young, European, female character for G8.1F from bluejaunte.

I’ve got a ton of characters that look just like her. Same body. Same breasts. Same lips. There is absolutely nothing unique about this figure.

I really love the expressions that the new face rigging in G8.1 now provides. Those are some sexy expressions (and I don’t mean that they’re sexy, I mean they are quite intricate and natural looking.)

I say this as a gay man that mainly renders naked men: The lack of genital maps here is a deal-breaker. If I wanted a Barbie doll, I’d load a fucking mannequin. Or — I don’t know — a doll.

A new, young, European, female character for G8.1F from bluejaunte. First Impressions: Ive got a ton of characters that look just like her. Same body. ...

A new, young, European, female character for G8.1F from Vykhtoria.

Full-face makeup sick, sad, and crying is a nice touch. Also, the makeup “off” and full makeup “off” utilities are a novel touch, too.

The lack of genital maps is a deal-breaker.

A supernatural set of textures and geoshells for G8 figures to provide an internal or “flaming” fire effects from Sickelyield.

Sickelyield delivers again! This is a unique product that makes your figures look like not just that they are on fire, but that there’s a fire burning within them. Definitely mythical and/ or supernatural.

Many different effects and options. Fire coming out of your characters mouth and eyes. Lightning even! Hell yes!

Nothing really. Maybe a generic Iray shader for some of the options? But even that’s stretching things a bit.

A supernatural set of textures and geoshells for G8 figures to provide an internal or "flaming" fire effects from Sickelyield. First ...

A set of HD Gunshot Wounds for G8F and G8.1F from Esid and FenixPhoenix.

This is the female version that complements the Male HD Gunshot Wounds that were originally released on March 20th.

Here’s hoping the PA’s are working on knife & stab wounds, next! (Please?)

Many options. Gunshot wounds for the head, arms, torso, abdomen, stomach, legs, feet, hands. Just about every body part group with entry and exit wounds, bleeding, and wounds in various stages of healing.

Not much considering. I already bought the male wounds, will definitely be picking this up as well.

A set of HD Gunshot Wounds for G8F and G8.1F from Esid and FenixPhoenix. First Impressions: This is the female version that complements the Male HD ...

That’s it for today. A typical day of releases from DAZ with one or two surprises. I’m definitely going to be picking up the gunshot wounds, fire textures, and the Bandit Sarah Outfit and that’s it I think.

Nobody has clicked on any of the links to the artist’s/ PA’s pages so starting with today’s post I won’t be including those any longer. This will save me some time.

So I hope you’ve enjoyed this post and that it’s been at least useful for you. If you have any thoughts or suggestions, please don’t hesitate to leave them below.

I love the way the characters in the promos for the wounds sets always look so cheerful.

“Hi! I’ve got four or five fresh gunshot wounds in vital parts of my body and I’m just having the best day of my life!”