A Collection of Opinions and Observations from the DAZ 3D Marketplace.

Marcius’ new Lana character has his trademark sculpt and includes her genitals. A welcome change from most of the characters released over the past week.

Mousso’s Bella not only includes all her textures, but also peach fuzz and pubic hair, and includes tan and pale skin options.

Relive the summertime of your characters’ with this nostalgic collection of 1990s denim wear for the ladies. Complete with dForce. Bedazzler sold separately.

A set of seven casual, formal, and whimsical texture options for the Flared Dress.

This set of 104 expressions are quite good and evocative, but those damn expression dials are going to slow down my Studio and I’m not sure if I want to deal with that.

Set of 25 full and partial melodramatic body poses for your G8 females.

This is [eafl id=1159 name=IM Melodrama Pose Collection for Genesis 8 Female text=a set of 25 full-body and partial poses of melodrama] for your ...

Huge assortment and array of various household tools to fix anything around your 3D house or car.

This is [eafl id=1162 name=FG General Household Tools text=a collection of 3 toolchest and over 60 various tools and props] for DAZ Studio. ...

A collection of 40 Iray wallpaper textures to redecorate your interior sets and environments.

This is an impressive exterior set/ environment of a Roman bridge and surrounding river and forest. Poser materials are also included.

This is [eafl id=1168 name=Forest River Bridge text=an exterior/ outdoors set/ environment of a Roman bridge crossing a small river/ stream and the ...

A merchant resource for creating NYEFs.

And that wraps it up for this morning. Of course there was nothing released for guys because DAZ is allergic to the Y chromosome. We know that.

On the flip side, DZheng has come out with a new outfit over at Renderosity so check that out. I’m probably going to pick that up.

Just a heads up, but I will be out of town the week of Memorial Day (through Sunday) on business. I’m going to be in Palo Alto. Well mostly business. I’m flying out Monday and I’m in a training class Tuesday - Friday and am flying back on Sunday. My husband is flying out Friday and we’re going to spend the weekend in San Francisco.

So there won’t be any updates the first week of June unfortunately.

Well, Dang, the 80’s called, for its mom jeans. It is however, a nice set. I miss the dayglow colors and bangles though.

The tools are what I liked the best, but without hand positions, I’m not really buying it. At least give us hand positions for the bigger tools, screwdriver and hammer etc.

And looks like the new female figure from the latest pro bundle has been pushed back a day.

And looks like the new female figure from the latest pro bundle has been pushed back a day.

Probably so they can rip out her genitals.

Yeah, What’s up with that? I’m really surprised at the recent on rush of Gen-less females. Even though one can make one’s own, it still is preferable to have the matching textures, they look better. I’m surprised the store is marketing so many. With so many female figures being pushed out, they can afford to be a bit discerning and accept intact adult figures only.

I actually didn’t purchase anything today. I already own all the male characters that I want so there’s no saving there, and the 30% discount was still too much for what was offered today.

I added most to my wishlist, and if the items get discounted at least 45% or greater I’ll probably pick some of the stuff up, and then some others at 50% and above.

Daz Originals major release figures seem to always include gens and these days its both sets.

This next one is not a NYEF by any stretch and does come with both sets of gens.

And yes, despite my protests, I have a season pass. Daz made me an offer I couldn’t refuse. damn them.

I was being facetious about them removing the genitals. But more power to you for that season pass. But based on the releases so far I am so glad I didn’t take the bait. LOL

So I take it the next release is an old hag? LOL

NICE! Yes. Will definitely buy then. 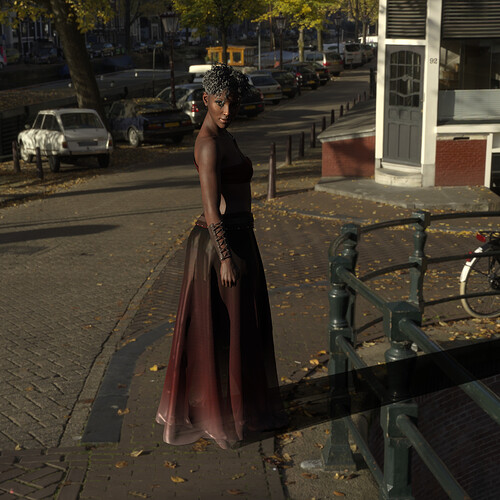 Also, that’s what you get for using an HDRI as an environment. LOL!