My favorite models - part I

As mentioned in another post, though I have hundreds of models for G8F, there are only a handful I use.

I’ll start by mentioning that my goal is typically realism. So the big eyed cartoonish characters are straight out, for the most part. Sorry Aiko and her dependents. I don’t use kids. I have a vampire obsession - something like 15 published vampire novels,

On to the models. My go to model for experimentation with other new products is Alyx. She’s deliciously pale and has an hourglass figure. Alyx for Genesis 8 Female | Daz 3D 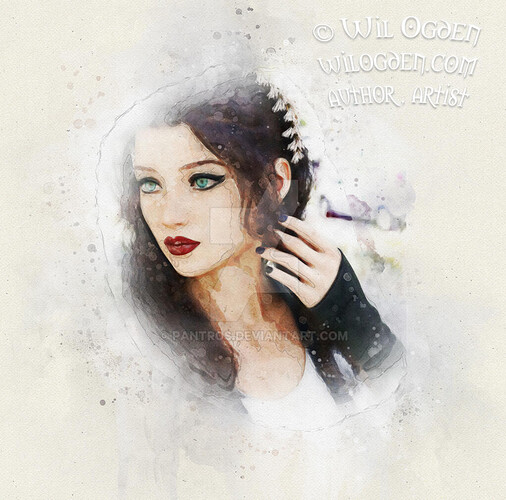 I have a crush on ScoJo, so if its something I know I’ll never show anyone, I like Pix Psionne. But I avoid fan-art. Psionne & Psion Suit for Genesis 8 Female(s) | Daz 3D

Each of my novel characters gets assigned a daz model. My most common character is Elizabeth Bathory. She’s one of the heroes of my books. I somehow managed to make her a good-guy without denying her evil past. I wouldn’t call her redeemed–more eternally trying to be. Anyway, for her I use VYK Raine VYK Raine for Genesis 8 Female | Daz 3D Vyktohria has a few models I would use. 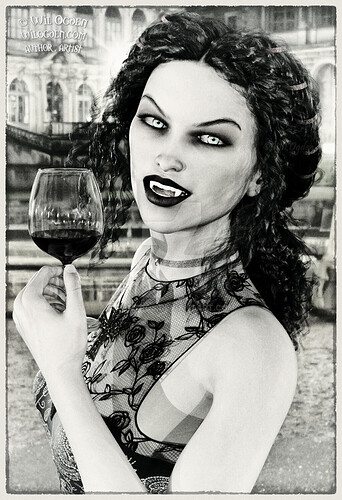 For Daz base models, I love Charlotte. She is Chrissy, but since she’s a vampire, I usually use a Skin Builder skin I made for her. Charlotte 8 | Daz 3D. Somewhere around here is a thread with more nsfw pictures of her. 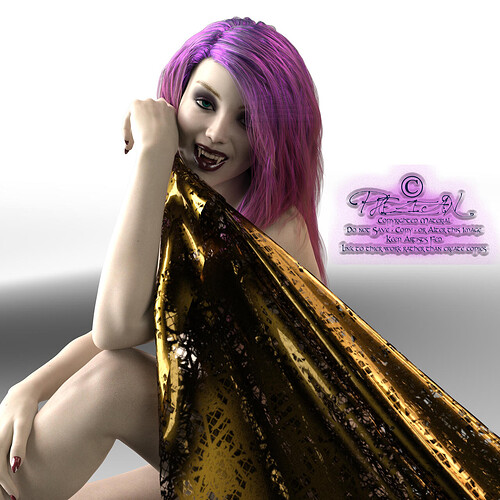 I like Cherubit as an artist. One of my favorites of hers is Dorothy. Dorothy for Genesis 3 & 8 Female | Daz 3D 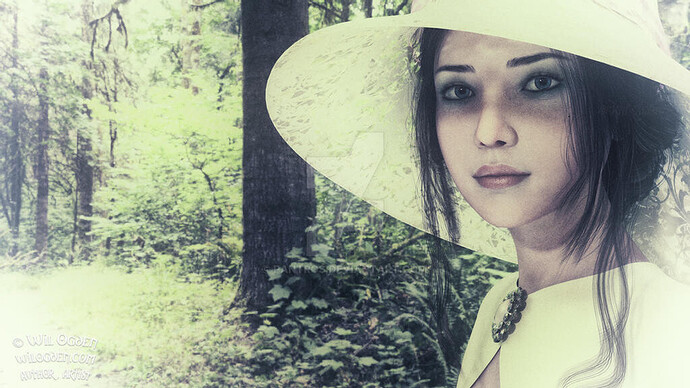 And last for this part I is River. River for Rynne 8 | Daz 3D River is used for a character that isn’t human or, for that matter, a vampire, so her big eyes are explained that way. Angel/Sera is half-demon - succubus. Probably one of my favorite characters to write because she’s a single consciousness with multiple bodies. both of these are the same character, different skin. Angel and Sera: Sera uses the skin that comes with River. Angel’s is built in Skin Builder. Theres a very NSFW thread with more pictures of her.

Thank you for sharing. I always like reading about what other people use for their art. I’m also a fan of vampires, more on the male side but I have an appreciation for the females as well. These things are good to know in case I decide to start rendering more females I will have a good base of character to look at that people like. It’s truly appreciated.

Thanks for this, really helpful. Certainly very charming characters. My wallet is getting itchy!