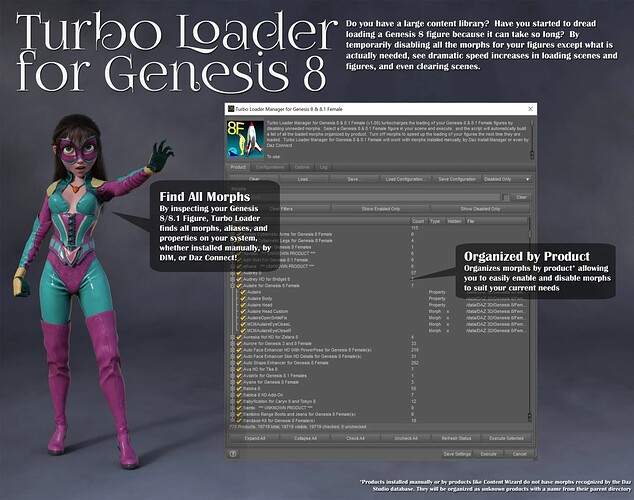 The fact this isn’t built-in to Studio is crazy but at least now there’s a 3rd party add-on to take care of it.

A resounding “Amen” to that. It’s not a minute too early… rather years or a decade too late. But, as you say, it’s here now.

But is it any good? That’s what I came here to ask about. Been away for awhile after that public tussle. I refuse to be baited again.

It works. I used it. It worked fine.

I don’t use it any more.

Mainly because I have TOO many figures.

I’m finding it easier to just uninstall what I’m no longer using.

But that’s a hassle too.

Things would be so much better if Studio cached the parameter dials and didn’t actually load them in until you actually used them.