I have nothing bad to say about this character. It’s a good character model with an American dad body. That’s being nice. He’s fat. Kudos for Daz for making realistic figures.

Per Daz’s contemporary MO, Fred and his female counterpart Chelsea both come with male and female gen materials. We have to give Daz credit for going this direction. It’s especially bold for a Utah based company. it’s been a year now, and they’ve remained committed to this.

I would be curious if many of you have bought Fred or skipped him because he’s not the ideal body type?

I think he’s cool looking. I like his face and the way it takes expressions. There is some baked-in hair, but I could live with that, but my issue is there is a faint resemblance to an American Politician I despise. I probably could get past that but G8.1 won’t run on my computer, since I have to use an earlier version of Studio. So I passed entirely.

The clothing is poorly made and fits badly. I did buy them.

Per Daz’s contemporary MO, Fred and his female counterpart Chelsea both come with male and female gen materials.

I thought he was the counterpart to Brooke?

there is a faint resemblance to an American Politician I despise.

I ended up buying both bundles if for no reason to show DAZ that male shit sells.

Chelsea was released as an add-on to Fred but is a separate character. - but of the main Daz releases, Brooke is probably Fred’s counterpart. 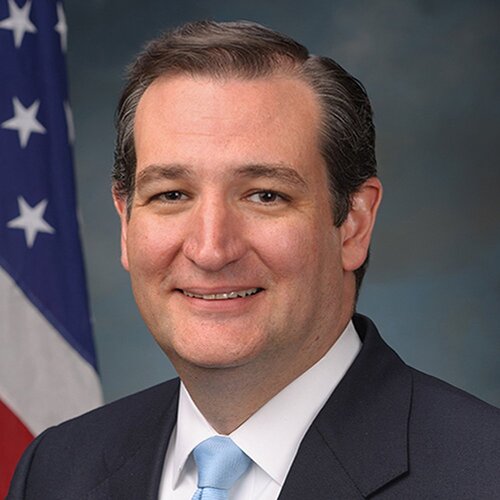 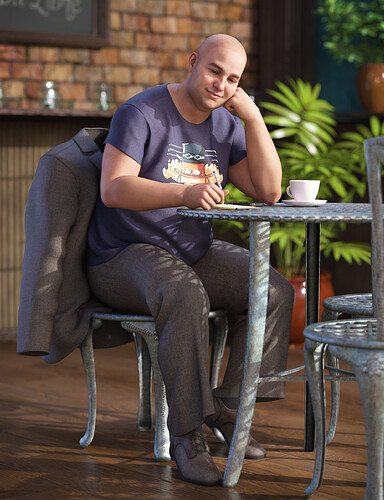 Yeah I’m a bit annoyed that two of the main male figures daz store has released for g8.1 have been conservative politicians. Their little joke on us I guess. I don’t use m8.1 for this reason.

Sending postcards to his freezing constituents while he stays warm in Cancun?

Yes but think of all the hatred we can drum up for DAZ as we render ol’ Maddie being gang raped by big breasted aliens with fangs and horns and big ol’ futa dicks and they bend his limp ass over and make him squeal for not voting to impeach Donald Trump!

I really should make an appointment with my therapist.

Teach them to give us Madison Cawthorn as Michael 8.1. Maybe even Congress will pass a law that prevents DAZ from releasing figures that look like U.S. conservative politicians.

Given M’s penchant for lawsuits, if he got word his likeness was used I suspect he would indeed sue.

I just feel this is further example of how little the store regard male characters and male-loving artists. That they make them jokes and fill their bundles with awful clothing and female content, they seem to be thumbing their nose at us.

I am surprised neither character came with a little red make America great hat.

I do think Torment was a good release though.

For me, every one of those characters is a starting-off point, not the end result. Sometimes I’ll use a character as-is and not tweak anything, if I don’t have a strong feeling about the character but more often than not I’ll mix-in another morph only because I don’t want my characters to look like everyone else’s.

All depends on what I’m working on.

At a distance it still looks like Karl, but up close you can definitely tell he’s had some plastic surgery.

And that’s why looking like Madison Cawthorn doesn’t really bother me that much. Politics aside, Cawthorn is hot af so I see why he was the inspiration, though I don’t think Michael 8.1 is an outright copy.

Just like I don’t think Fred is a copy of Ted Cruz. First thing I saw when I saw Fred literally was Brendan Fraser.

I think we tend to see what we want (or maybe don’t want) to see in things. Fred doesn’t have the jowls that Ted Cruz has by the way. But he could probably be a cousin.

I agree. I don’t use them as stock figures, except maybe in the background.

I’ve been a fan of Michael since early days. Michael 8.1 is not Michael. He may be fine as another figure, but the genetics just aren’t as stacked as Michael. Plus his head is surprisingly squarish. I have a little M8 in most of my figures, but I just couldn’t use anything but M8.1’s skin. When I tried using the head…It was just a weird squished look that didn’t work. I’ve always found Michaels blend pretty well, but this one…Doesn’t.

I like Fred, better than M8. I don’t see anything but a Ted Cruz, though. I do wish I could see Brendan. That would be much more to my taste.

While I am a fan of many different male forms and appreciate them for what they are, I am a bigger guy myself. I fall into the bear category myself. So it is nice to see to see bigger guys represented and the body shape actually looks nice and something I can work with. I am actually in a bear discord server and share some of my work on there as well and believe it or not most of the guys think my work is fine but they think the guys are to skinny. So it’s all about preference I suppose.

Now Chase that was just released https://www.daz3d.com/chase-for-genesis-8-and-81-male I checked him out again just now to make sure I wasn’t overthinking things, but something about him just reads and leans more female to me. Nose, eyelashes, eyebrows, even the way the body is proportioned seems a bit off to me. And CC beard to me doesn’t really look natural on him. I suppose this could be used as trans or non-binary or many different avenues and not all men fall into the basic male category, but for what they are advertising as it doesn’t really fit.

I suppose this could be used as trans or non-binary or many different avenues and not all men fall into the basic male category, but for what they are advertising as it doesn’t really fit.

That actually may be a specific design choice. DAZ is pushing to be more inclusive. (Which is good! I will never fault DAZ for being inclusive.) And we’ve seen that with Genesis 8.1 in general and them offering genitals for both sexes and genders.

But if you find the face too feminine there ARE masculine morphs you can dial-in to give it more masculine features. Then again, in real life there are quite masculine cis men with feminine facial features and that’s the beauty of DAZ Studio. We can dial-in as many properties as we have installed.

Fred has a faint passing resemblance to Ted Cruz, but they have really very different noses. I can’t think about TC without that nose, so I feel like Fred is his own person.

As For Brendan Fraser, I see it a bit, but I feel like Fred might just have one of those faces where he looks like a lot of people. Because Fred also reminds me of a lot of guys that I know in the area. Like… 3 of them!

I love Fred! I like his face, love his skin, and dig his body.

Chase has a nice body as well, but that face does not do it for me. The eyes do look feminine to me, and the lumpy face and whatever is going on with his nose just don’t make me want to buy him.

I actually prefer Chase’s dad bod to Fred’s, but I’ll probably end up buying Fred and just dialing his body in at 80%.

I skipped it because I don’t think its realistic, and yeah… not a Dad Bod, a fat bod. He’s obese. And DAZ does not do obese well. Just look at the “heavy” morphs. The only person I’ve seen do obese well is deepsea with George. Not even Sickleyield, who normally can do wonders, does well with round boys and girls.

I’d like to have a pudgy character. Anyone know of any good ones? I may not use them often, but every now and then I want one.

I actually was going to pick this one up because I like the looks of the bods on it:

Plus Size is a set of 7 body morphs for both Genesis 3 and 8 Male, All the morphs are in the parameters's tab for both figures: dieggomasamune/Plus Size for Gen 3 and Male *Textures not included

It does say for Daz 4.9 ONLY though so I’m a little hesitant on that, but still probably some of the better ones I have seen.