Working on More poses and I have questions

Below are full renders of the thumbnails I’ll be using when I package these up. I’ll probably put these in the renderosity free stuff section - I don’t know what would make poses of a quality to be worth charging for.

I’m not exactly sure I’m doing it right. I know I’m avoiding using anything but dragging parts around and the basic dials that come with G8. I know to move the hip and not the whole model when repositioning the model. I don’t think I did that right with my first set of poses on Rendo.

My other question is, what are people looking for in Male poses? These poses would look ridiculous for a man, which probably makes the innately sexist and objectifying but, that’s the market for both artists and people that want to look at art.

These are pretty much stolen from Vargas prints. This is specifically a set of floor poses. 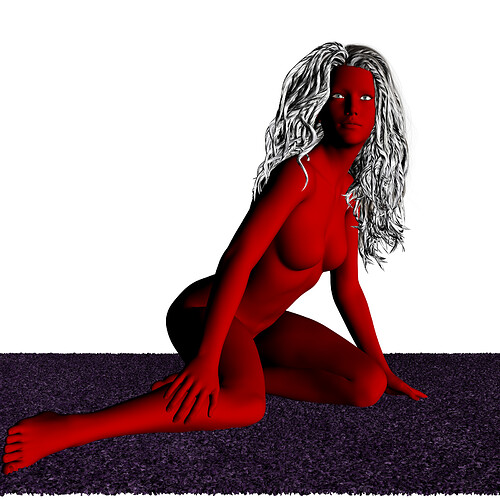 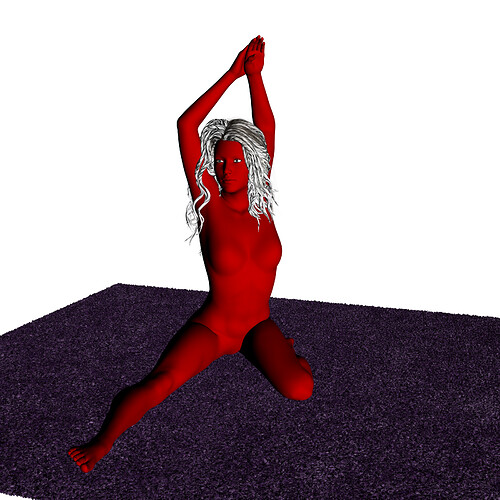 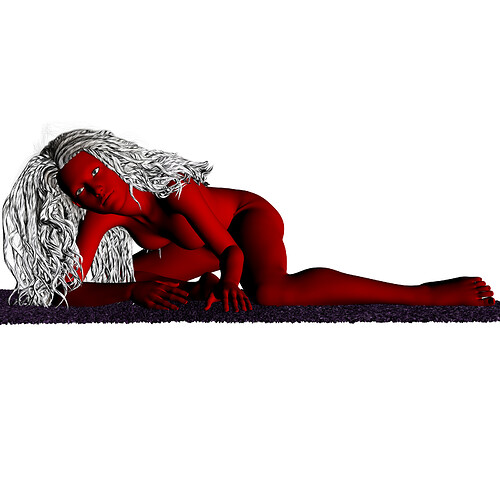 4 is probably going to need a little rework the bend of the right leg is too extreme. Vargas used a very flexible model. 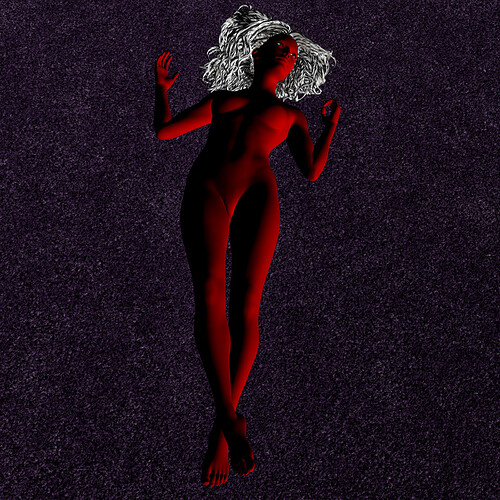 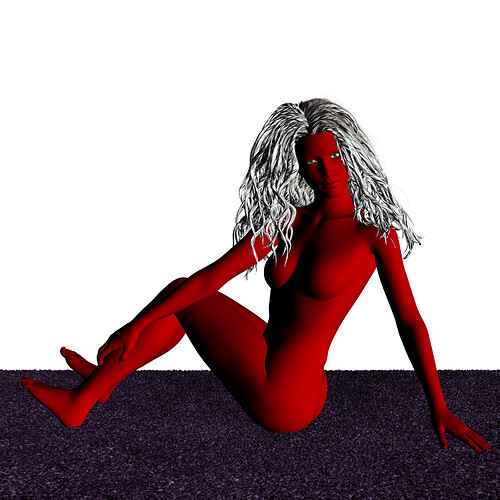 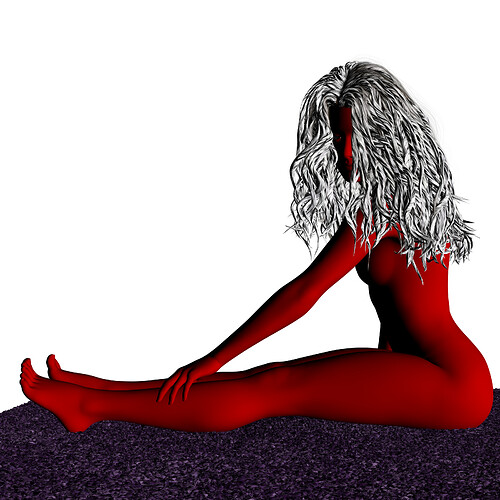 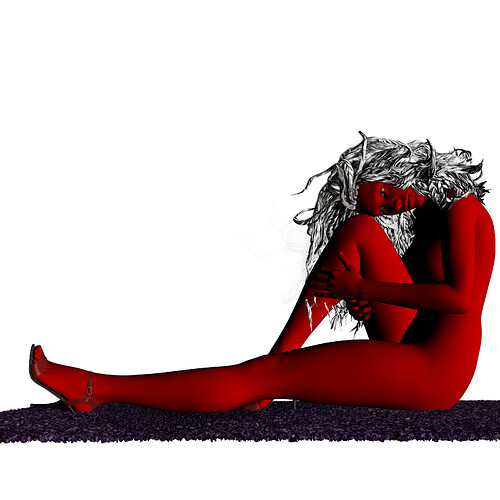 I somehow skipped making a #9. I blame Yoko. 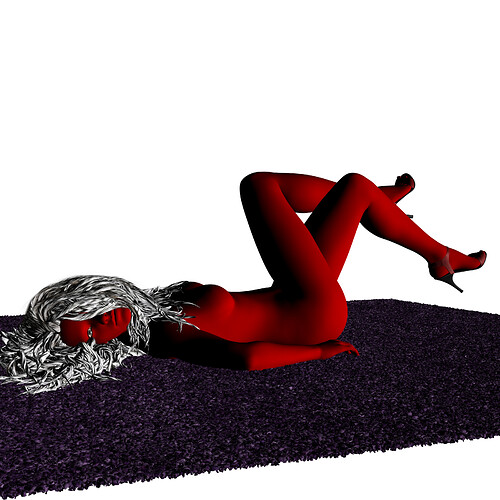 I have no plans to add expressions to these

As someone who likes to buy poses what I look for is poses that I haven’t seen 1000s of times in other sets or if it is a repeat offender it’s done better. I also look at if I think the pose is a more universal pose, as in something that really isn’t just made for one specific model and really CAN be used for other models maybe with a little tweaking and not look terribly crazy. Taking a female pose and applying to a g8m model or a male pose and applying it to a g8f model. Those are the things that I appeal to me, and they generally work quite well. I just like them to look natural.

I think the thing with male poses is just that a lot of the times we only see the females get the poses, it literally could be the exact same things the females are getting but for the males and it would be great. But they don’t do that. More specifically male couple poses would be great, or just single male poses, I know most of the people probably just up and search “sexy male poses” or “top male poses” that’s great but it’s the same type of poses usually.

On DA there is a user that posts all of his photography that he has done over the years and it is amazing how much he has done and he also sells them through the stock photo sites as well. Definitely check him out as I think it would be a good representation of some singular professional posing to give you some ideas if interested.

I make a ton of poses, and buy a ton of poses, and what I’m looking for is something that hasn’t been done, or contemporary daily stuff. I have tons of smexy times guy poses, but I don’t have many ‘guys tying shoelaces’ ‘Preparing dinner’ or ‘eating’ that sort of thing.

Not that I won’t buy smexy poses.

The poses I hate are the ‘dude just standing there flexing’ I think I have a ton of those filler poses which are included with every bundle release.

I don’t know that my poses are complex enough to really justify charging for them. I expect the PAs put way more effort into it than me.

But, yes, good utility poses are hard to find. For every hundred poses in the marketplace, 2-3 are usable. A ton are unique - but attained unique by being too weirdly positioned. And with all the poses in my library, if I have ten or more scenes with conversation, I run out of poses. Runway model poses are the most useless. Pinup are a dime a dozen or in the case of the ones I release, 20 for free. This next set may only be 10 for free, so a little more expensive

I think my unexplored area, will be expressions that are pose based, rather than morph based. I did this for the characters I render before, but now that I have more skills I may explore it more deeply. The standard morph expressions kill my load times, but pose expressions are equally valid in my opinion, and look pretty good too. A lot of the men’s expressions seem somewhat… Rictus-y. I may try that next.

So close with this for a cover image - is the curve of the hair on the back too distracting to other people the way it is to me? 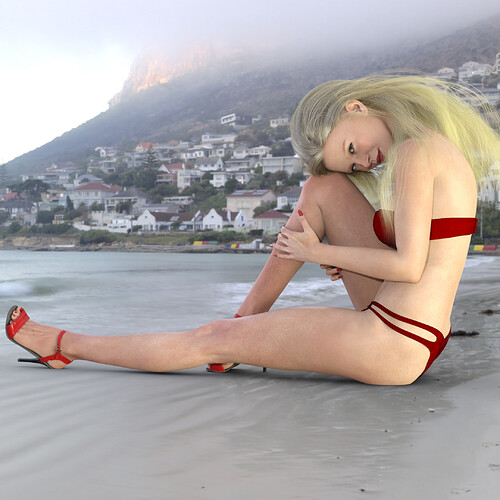 That’s where a dforce hair would really come in handy.

That is dforced…bad weight map, I think.

I used it anyway because it’s a freebie.

It should be on Rendo soon.

I like poses without expression or a separate expression anyway. It’s much easier to add an expression than take one out.

My other question is, what are people looking for in Male poses?

I’m looking for poses I haven’t seen before. Utilitarian poses. Like, do you know how hard is to find a pose for a guy (or gal) slouching on a couch watching TV or Netflix? (or maybe eating a bowl of popcorn or drinking a beer?)

Everyday poses. There’s enough pinup poses and poses for “the camera” but those are only useful if you’re rendering pinups.

I like couples poses myself. I have enough modeling poses. Activity poses are also useful

Couples poses (same sex & straight) would be good. And most women don’t wear heels unless they’re going out or for a special occasion so people need to let up on the high heel feet poses.