Today’s Promo: Getting Dressed Up

Let’s create some nylon stockings for the ladies, which are constricting but not supply any compression morphs for the underlying character. Got it. 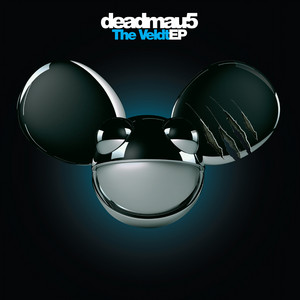 A set of (25) full-body and (50) partial-body poses for modeling lingerie.

First Impressions: I’m going to disagree with the creator and point out that there’s really nothing special about modeling lingerie. It’s no different then other clothes modeling. My point is, you don’t need a special pose set just to model lingerie. You’re showing off undergarments that are on your hips, buttocks, waist, breasts, and maybe torso. How is that any different than showing off any other garment over those same body areas?

Likes: I like the fact that separate full-body and partial-body poses are provided.

A set of (25) full-body and (50) partial-body poses for modeling lingerie. First Impressions: Im going to disagree with the creator and point out that ...

First Impressions: Not sure what makes this an “Indian Bedroom” specifically. It’s just a small bedroom, with a couple of windows, a windowed door that opens up to the outside.

Dislikes: Are there really bedrooms in India that are only accessible from the outside? I know there is widespread poverty, and even slums, but this set doesn’t look like a slum bedroom.

A small bedroom interior set/ environment. First Impressions: Not sure what makes this an "Indian Bedroom" specifically. Its just a small ...

A “metropolitan” museum. Perhaps if your metropolitan is Smallville, Kansas.

First Impressions: I like the set. It’s versatile enough where I can use it for a variety of different scenes and renders.

Dislikes: Not a huge fan of military kitsch that’s being displayed, but that’s all easily replaceable so no worries there.

A "metropolitan" museum. Perhaps if your metropolitan is Smallville, Kansas. First Impressions: I like the set. Its versatile enough where I ...

First Impressions: The face and body sculpt are actually really good. The skin texture is quite bland. I love the mouth though.

Likes: The mouth and body sculpt.

Final Verdict: Pass. Unless it goes on clearance.

Barbie Doll is a Registered Trademark of Mattell, Inc. Used without permission for parody, and satirical purposes.

This is a set of 24 full-body interacting figure sleeping poses and scripts for G8 characters.

First Impressions: Wow. This looks to be an incredible set. 24 poses and scripts to assist with the positioning, add mirroring, grouping, and more. What a comprehensive set! atrilliongames has really set the bar high here. Other PAs should really take note!

Likes: Realistic poses, and the scripts to assist with posing and grouping.

This is a set of 24 full-body interacting figure sleeping poses and scripts for G8 characters. First Impressions: Wow. This looks to be an incredible ...

A set of lights and props for enhancing your artistic renders.

First Impressions: This is a fantastic looking interior set/ environment of lights and god-rays and pillars for your artistic renders.

The promos should also show you that you have everything you need to create some amazing renders right within DAZ Studio itself.

This set is nothing more than (13) primitive cubes assembled together. That’s it. And this set can be duplicated by anyone in a little under 10 minutes. The lights appear to be HDRIs which I’m not a huge fan of, but you can accomplish the same thing with Iray spot lights, or HDRIs. Apply your favorite stone or metal Iray shaders to the cube surfaces and you’ve saved yourself $14.

Likes: The concept. Even if HDRIs are being used. The results in the promos speak for themselves.

Dislikes: Rather than just including different light colors, there should be different materials provided for the columns and room, too.

Final Verdict: It’s going to be a pass for me.

A set of lights and props for enhancing your artistic renders. First Impressions: This is a fantastic looking interior set/ environment of lights and ...

Likes: The overall style and concept.

Dislikes: Hair-ring is too large. I think the ponytail is too large. (Too much hair? It appears to be too thick.) The lack of dForce.

A set of classic pantyhose for G8.1F.

I’m combining them all here together in this one post since frankly they should never have been split-up into three separate products. In my eyes they’re all the same product, and appeal to the same customer.

So in addition to the Pantyhose Classic for G8.1F we also have:

First Impressions: I’m assuming these are conforming garments and not geoshells. It looks like a typical set of nylon pantyhose for women. The only thing that’s missing is an egg!

Dislikes: Nothing really. It looks like a fine and comprehensive set of pantyhose.

Final Verdict: For me it’s a no, but only because I don’t have much of a use for this.

A set of classic pantyhose for G8.1F. Lali has also released two additional sets of pantyhose (in fact they are in a bundle today but since I never ...

I hope you found this post useful! I would love to hear your thoughts and feedback. What did you think about me combining the pantyhose together? Did that make sense or would you have appreciated things split out?

Personally, I was a little offended to be redirected to unity’s store when I clicked on the banner today. I know Tafi is Daz’s Game Content spin-off/division. (I think it’s a separate company with the same owners. Daz’s foray into NFTs was also done under the Tafi brand.) I expect Tafi and Daz will re-merge if Tafi is pulling it’s own weight now that Daz has the Bridges all in place.

I have no interest in Tafi or anything it offers. It’s a game-content company and I only need art-quality models. I don’t mind Daz marketing and selling to game designers - game developers can always scale down resolution.

Every time I see “Tafi” I think of my husband and I making a trip out to San Francisco a few years ago for a mini vacation and visiting Fisherman’s Warf where I got some saltwater taffy.

That’s when I found out just how much I don’t like saltwater taffy.

Daz struggles repeatedly with attempting to enter the game market while repeatedly refusing to adjust their models to actual market to gamers who want something more than the latest curvaceous cutie.

Today I bought the couples sleeping poses despite the reliance on scripting to apply them I really like the poses made by this pa and am willing to root around in the runtime to blind apply them. I hope others will be too when their versions of daz studio no longer support the script this pa uses.

I considered the dreamlight lights but my latest purchase of dreamlight stuff has been really resource heavy so I am going to pass. Graininess in the promos always makes me wonder.

As far as the pantyhose goes, had to wear them in my earlier business career and loathe them for the uncomfortable crap they are, however they look nice.

I didn’t get the impression that the scripting was a requirement but more of an added utility to make applying the poses easiser.