Today’s Promo: “Ride Your Way into a CyberPunk Future”

Today’s Releases: There’s more male products released today than there was yesterday, on a day whose promo was “men all day” or something like that.

Todays’ Song: “Something Happened on the way to Heaven” – Phil Collins 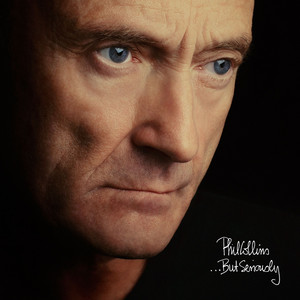 Something Happened on the Way to Heaven - 2016 Remaster

Not a bad male outfit for a bad-boy type character. Jeans and shirt are ripped, and the leather jacket is embossed.

No dForce but leather doesn’t drape that well and the jeans are form fitting. Comes with boots, gloves, jeans, bandana, shirt, and jacket.

Six-piece dystopian/ sci-fi ensemble for G8M from Barbara Brundon and Shox-Design. First Impressions: Not a bad male outfit for a bad-boy type character. ...

Finally some male hair! Yay! But it’s basically only cyberpunk. Boo! Just kidding. Actually, with the popularity of CyberPunk 2077 and the genre really starting to take off now I wouldn’t be surprised if we don’t see more and more men wearing these styles here in 2021.

But it’s nice to actually see some hair that’s been designed for guys for once.

Comes with a pose for both male and female G8 characters which is more than I can say for most products these days, and is available in red, yellow, and blue.

The bike has articulated left and right handles. The skids do not appear to be retractable.

Sci-Fi sky bike vehicle from Charlie. First Impressions: Comes with a pose for both male and female G8 characters which is more than I can say for most ...

Not a huge fan of baggy pants and saggy bottoms. They always make the dude look like he’s walking around with a full diaper. I like the juxtaposition of the bright accents against the otherwise black fabric, and the fact the outfit is dForce enabled is a welcome plus.

Comes with sneakers, pants, and top.

This is a set of additional materials for the Sky Deep Outfit. I hate these add-on material packs. Just add the textures to the main product. Sheesh.

Includes (4) additional textures, and (4) new emissive settings for the jacket.

Made me think it was a Jeep wanna-be. LOL. It reminds me more of a video game vehicle (they tend to be squat and wide) than a vehicle we’re typically used to seeing for Studio. I like that all 4 tyres move and the front two are articulated for steering. The doors open, too. Oh, and apparently there’s an interior! (Albeit quite basic apparently.)

Comes in six-colors, and the lights turn on & off.

Right-hand drive cyberpunk/ dystopian pickup truck from Charlie. First Impressions: Its so... boxy. ;-) Made me think it was a Jeep wanna-be. LOL. It ...

This looks like it came straight out of a Stanley Kubrick film. Just the right amount of kitsch and gaudy, too! But I have to wonder how practical the set will be. Some things are timeless, but 1970s architecture and decor is not unfortunately.

I can only see the set being used for very specific renders unfortunately, and not being that popular.

The large windows also bring to light another glaring problem with DAZ Studio sets and environments. The lack of anything interesting to look at outside the windows. Houses look out of place when they’re just sitting alone in a meadow or field. The one thing DAZ 3D is seriously lacking is backgrounds to place outside those windows, to fill up the scene and give the viewer something to look at!

I’ve been in contact with one PA though that at least is planning on working on fixing this though!

Which brings up another problem.

The World has changed since the 1970s. Placing this set in an environment created in the past 20 years is going to look out of place as well.

Maybe it would look better sitting alone in a meadow.

1970s sci-fi future house from Mely3D. First Impressions: This looks like it came straight out of a Stanley Kubrick film. Just the right amount of kitsch ...

A five-piece ensemble outfit for G8 females from 4blueyes.

It wouldn’t be a new day at DAZ if there wasn’t a new outfit for the ladies. LOL. This outfit is a cropped jacket and shirt, and pants outfit.

No dForce but it has quite a number of movement and adjustment morphs.

A five-piece ensemble outfit for G8 females from 4blueyes. First Impressions: It wouldnt be a new day at DAZ if there wasnt a new outfit for the ...

I’m not sure how much this is needed? You can already dial-in any of the other myriad of G8 male characters you have in your library if you’re looking to add some variety to your figures and renders. I often dial in 25% of one character and 50% of another character so show a familial relationship or for variety.

The characters themselves aren’t bad. It’s nice to see a little older set of characters released. Not every 3D figure needs to be a high school or college-aged student! But no textures are provided, so you’ll need to kitbash textures from your other characters anyway,

Not sure about this one.

Additional head, body, and character morphs for Juan Carlos 8 from maelwenn. First Impressions: This is a set of (6) additional character presets for ...

The motorcycle looks better than the Truck that was released today, that’s for sure! The bike comes with six color options, and various storage boxes that attach to the frame. The steering is articulated, and the wheels turn too.

If there are poses for your figures they’re not listed in the promo.

This is a sweet looking ride.

Futuristic/ dystopian motorcycle from Charlie. First Impressions: The motorcycle looks better than the Truck that was released today, thats for sure! ...

This is a huge set of 105 separate wallpaper shaders in an art deco style that you can use to retexture the walls of your rooms to breathe new life back into your old sets and models.

For a set/ model that is over 10 years old (I purchased GIS Nova in late 2010 according to DAZ’s records), this is the set that keeps on giving. It also goes to show that even your 20 year old props and models can be made brand new again by just applying a new texture to them!

Anyway, this release is a set of cyberpunk-themed Iray shaders for our old friend. It adds cold steel and emissive lights which we’ve come to expect from anything cyberpunk. So it you’re looking for a retro-futuristic-sci-fi-cyberpunk set/ environment this piece will help you get there.

Like I said, I bought GIS Nova 10 some-odd years ago, but I don’t do any renders with it today. Partly because the architecture reminds me more of Stargate Atlantis, and while it’s not bad, it’s just not my cup of tea.

New Iray material options for the GIS Nova set from Merlin Studios. First Impressions: For a set/ model that is over 10 years old (I purchased GIS Nova ...

That’s it for today folks!

I hope you found this useful. If you have any feedback about this or any of my other posts I’d love to read them.

Amato hair has the unisex men’s hair scalp. I wish they’d given it a better hairline, not buying. Have enough men’s pseudo Mohawks with cruddy hairlines.

The cyberpunk truck is interesting. But not clear whats going on underneath the window armor. I may have to find out.

Sky deep outfit, might be a possibility. Will have to go look at the promos.

Thanks for the reviews as alway.

I believe there’s no windscreen in that cyberpunk trunk. It’s eluded that the driver would use an AR/VR HUD to drive. I guess. Or maybe it’s automatic driving? Promo says there’s a basic interior.

I bought it. Definitely going to check it out and see.