A couple of new book covers for soon-to-be-released titles: 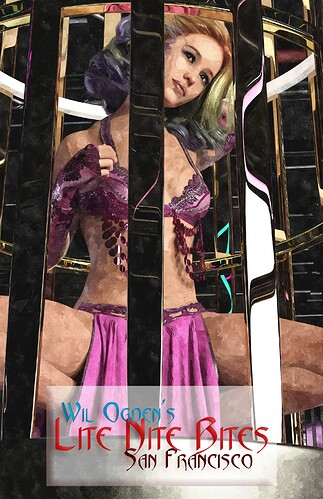 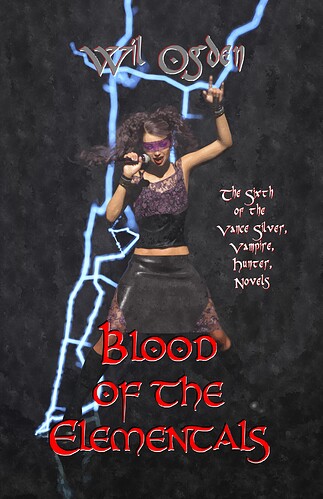 I always love your work…and I still use your tips that you gave me!

I changed the second cover, its too dark and doesn’t have anything that really pushes outward. All of the books in this series use a setting I created thats just a floor and a curtain. I change the color of the curtain and the surface of the floor, but except for the black cover above, it’s the same settings. Different characters are represented on the covers since this is book six. Except for book 5 which was an ‘end of an era’ book, each character’s cover reveals some secret about them. For book 6 it’s the lightning on Xenia’s body and the barely noticable pistol in the right hand. For book four it’s the bloody floor because Lanie is very dark, for book three it’s the hair spreading out to look like wings because Azure is part Celestial. Book Two is the lamest secret with just blood red eyes on Vance’s shadow because he suffers from a vampire affliction called bloodeyes. Book one has devil horns and a tail on the shadow because Daiyu is one of the Nine Princes of the title - taken from the ancient text The Magus, which lists Nine Princes of Hell. 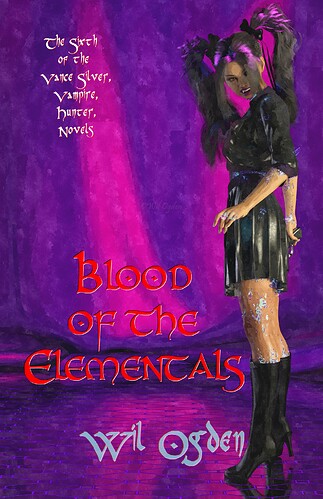 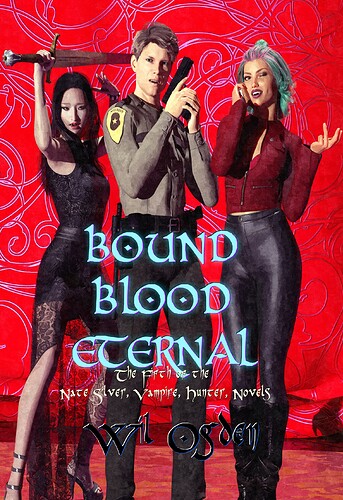 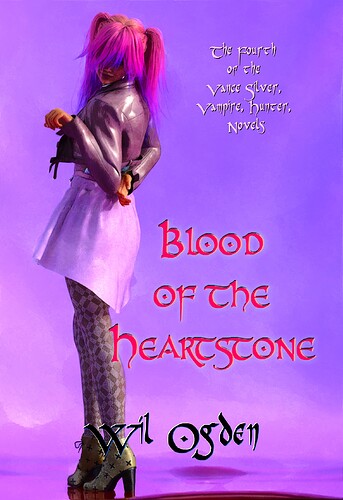 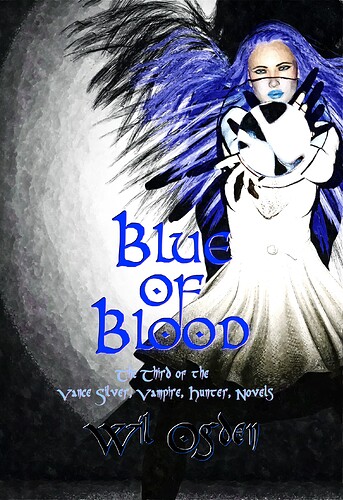 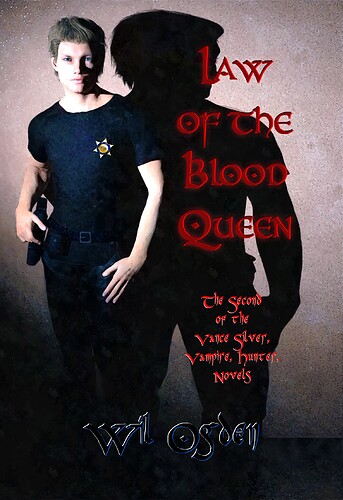 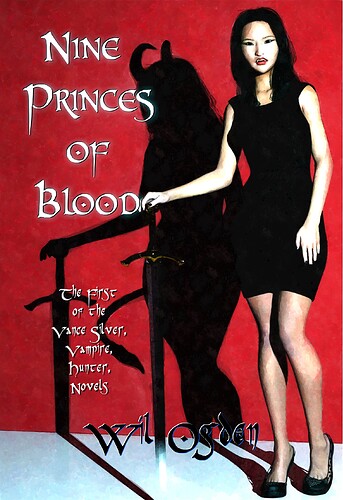